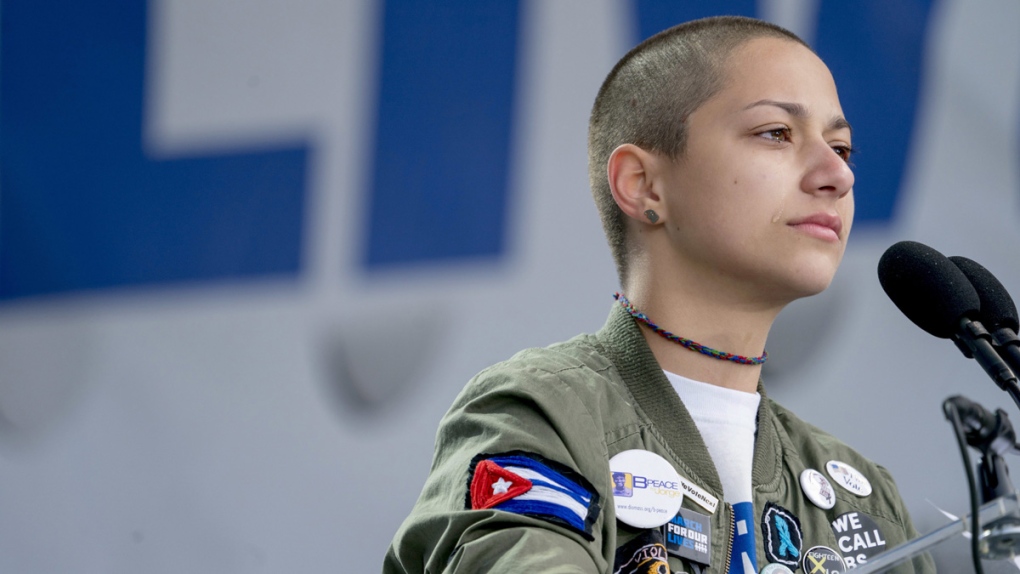 Emma Gonzalez, a survivor of the mass shooting at Marjory Stoneman Douglas High School in Parkland, Fla., during the 'March for Our Lives' rally in support of gun control in Washington, on March 24, 2018. (Andrew Harnik / AP)

WASHINGTON -- People on both sides of the gun control debate took to social media after a doctored animation and photo appeared to show one of the survivors of the Florida school shooting tearing up the Constitution.

The image of Emma Gonzalez was doctored from "Teen Vogue" in which she ripped up a shooting range target.

The doctored animation, and news stories about it, were shared nearly 70,000 times on social media.

Supporters of the Second Amendment pointed to the image as evidence that gun control supporters are going too far.

Gun control supporters expressed outrage when the image was shown to be fake.

Gonzalez spoke with other Parkland, Florida, students on Saturday at a protest in Washington to demand action on gun control.

Justy a sample of what NRA supporters are doing to teenagers who survived a massacre (real picture on the right). pic.twitter.com/czX7IHD8ur