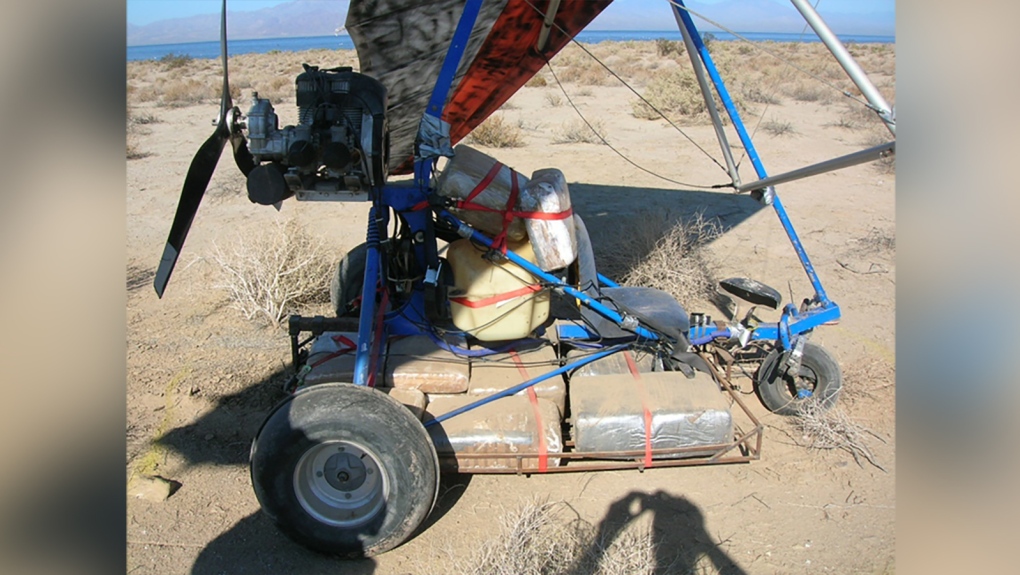 This image shows an example of the type of ultralight aircraft intercepted Saturday by CBP agents. (Customs and Border Protection via CNN)

Drug smugglers are getting pretty creative, but it's not every day that they try to do it in an ultralight aircraft.

U.S. Customs and Border Protection seized 145.5 pounds (65.7 kg) of methamphetamine from an ultralight aircraft near the U.S.-Mexico border Saturday, CBP announced in a news release Monday.

The makeshift aircraft was flying in low altitude near Heber, California, early Saturday when agents were called in to investigate, the CBP said.

Agents found a metal basket and a white duffel bag, which had 26 clear plastic containers full of meth, according to the statement. The street value of the haul is US$327,375.

There was no mention of a pilot flying the aircraft or whether anyone involved in the operation was arrested.

The drugs were turned over to the Drug Enforcement Administration, according to the release.

This story has been updated to reflect that the aircraft was flying near Heber, California.