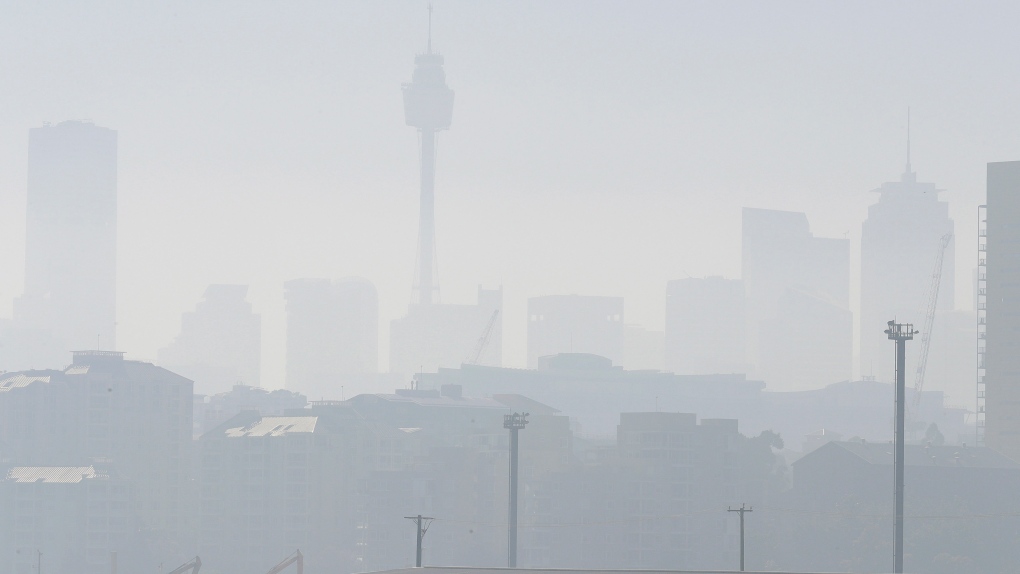 The Sydney skyline was barely visible with air quality in some parts of the city reaching over hazardous levels early Tuesday.

Most of the coastal areas of the New South Wales are under very high fire danger with 48 fires burning across the state.

Fires have destroyed 577 homes in New South Wales during the wildfire season, which peaks during the Southern Hemisphere summer but has started early after an unusually warm and dry winter.