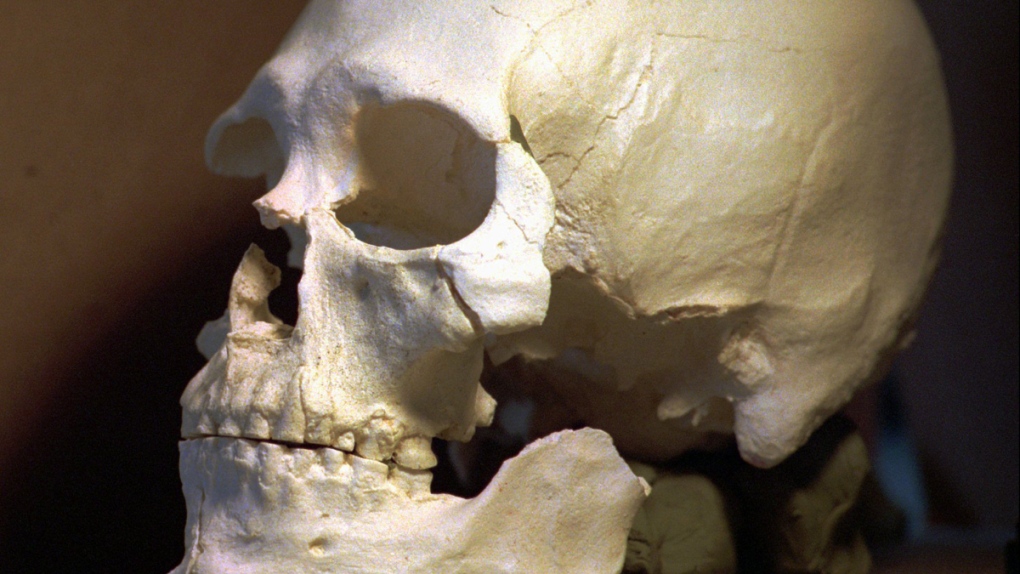 A plastic casting of the skull from the bones known as Kennewick Man. (AP / Elaine Thompson)

EDMONTON -- A Tennessee man missing since 2012 was officially declared deceased after police found his skull mounted on a fireplace mantel sporting a pair of sunglasses.

The Morgan County Sheriff’s Office was made aware of the skull, allegedly found in the area in March 2019, and performed DNA tests to positively identify 79-year-old Junior Willie McCann, who disappeared in September 2012.

“Someone subsequently placed the skull on a fireplace mantle where a pair of sunglasses were added. The skull remained there until the Sheriff's Office was informed of its existence,” read a statement from District Attorney General Russell Johnson published to Facebook Monday.

According to the statement, police performed an extensive search of the area where the skull was supposedly found after it was “taken into custody.”

It’s unclear why the man held onto the skull as a keepsake or why it was adorned with sunglasses.

Police say there is speculation that McCann was killed by a family member who is now deceased.