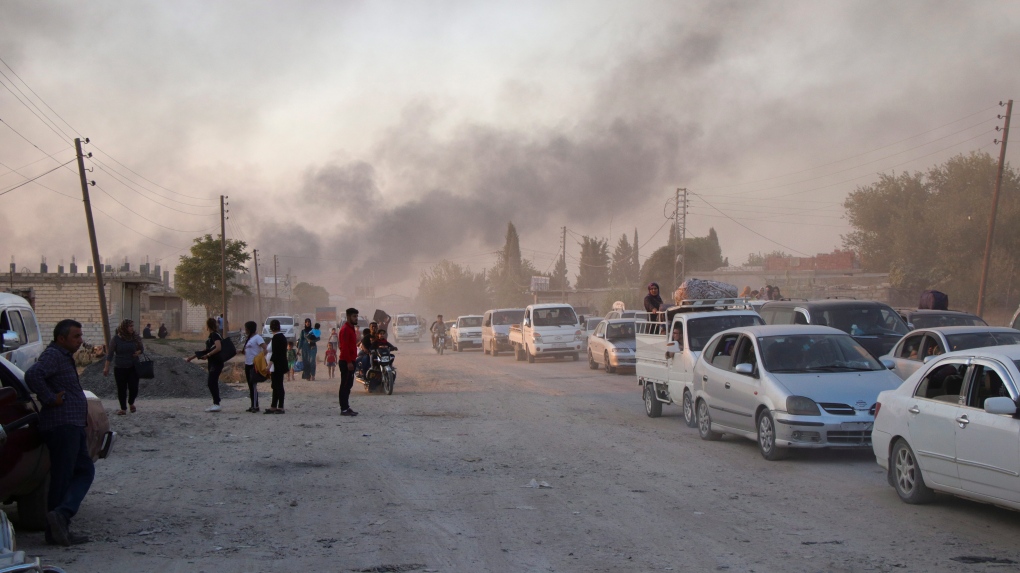 LONDON -- The sister of a Canadian woman being held in a detention camp in northeastern Syria has written to the Canadian government, pleading for help following Turkey’s invasion—facilitated by U.S. President Donald Trump.

“What I need to convey to you as desperately as I can, is that my sister and the other Canadian mothers and small children will die there shortly.”

Her sister is in a camp which sits inside the so-called “safe zone” that Turkey is trying to create, which in turn will be used to settle more than a million Syrian refugees now living in Turkey. The area is known to the Kurdish indigenous population as Rojava.

The Turks, in their drive to seize the border territory, have been accused of ethnic cleansing. In a July 2018 report, the UN warned that ethnic Arabs taking the homes of fleeing Kurds might be an attempt to change the ethnic population permanently.

“My sister…was able to communicate to me the horror they are experiencing and the fear of what’s to come.” In recent days there have been fighter jets and drones overhead, she said, and rumors of ISIS fighters coming to free the women and children.

I have concealed the names of the sisters out of regard for their safety and privacy. It’s believed there are 34 Canadians detained in two Syrian camps: 10 women and 24 children—19 of them under five years old. (Five Canadian men are in different prisons.) The worst camp is al-Hol, housing at least 9,000 foreign women and children.

“There are hardline women in the camp waiting for the opportunity to harm or kill Canadian women…who have spoken out against ISIS and no longer wear the head to toe black niqab required for women to wear.”

What’s more, she warns, if the Syrian army assumes control of the camps, there would be dire consequences.

“We know that serious harm and most likely death is in store for them if that’s the case.”

The Canadian government, like many western nations, has made no effort to allow these women and children home. On that point, Donald Trump is correct. And yet because of him—hardly an arguable point—the danger on the ground has dramatically worsened.

The letter ends with a sister’s exasperated and despondent scream.

“This goes beyond politics—it’s a SCREAM FOR SURVIVAL from those whom we need to protect.”

“Let that sink in. If you choose to do nothing, you are implicated in their death and suffering.”