'Sir, there is something on your chin': Photographer captures Biden aide's not-so-stealth note to president 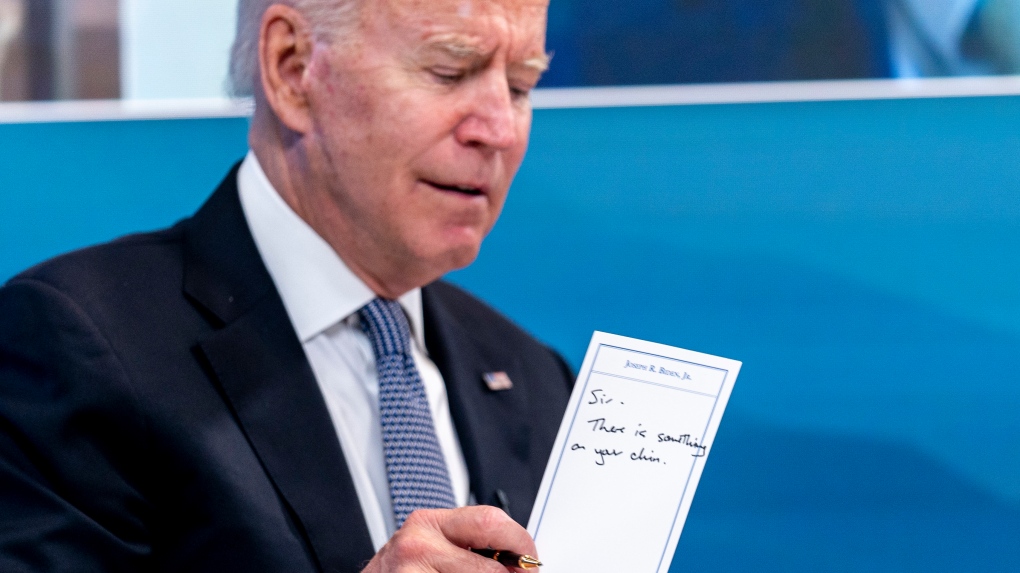 U.S. President Joe Biden holds a card handed to him by an aide that reads "Sir, there is something on your chin," in the South Court Auditorium in the Eisenhower Executive Office Building on the White House Campus in Washington, July 30, 2021. (AP Photo/Andrew Harnik)

HALIBURTON, ONT. -- U.S. President Joe Biden had a bit of an awkward, but all-too-relatable moment last week, when he was handed a note letting him know he had some schmutz on his face.

At one point during the video meeting a staffer handed the president a note.

Video shows the president reading the note before starting to wipe his face. The note was likely "classified," however, the president turned the piece of paper over, revealing the handwritten words to cameras. 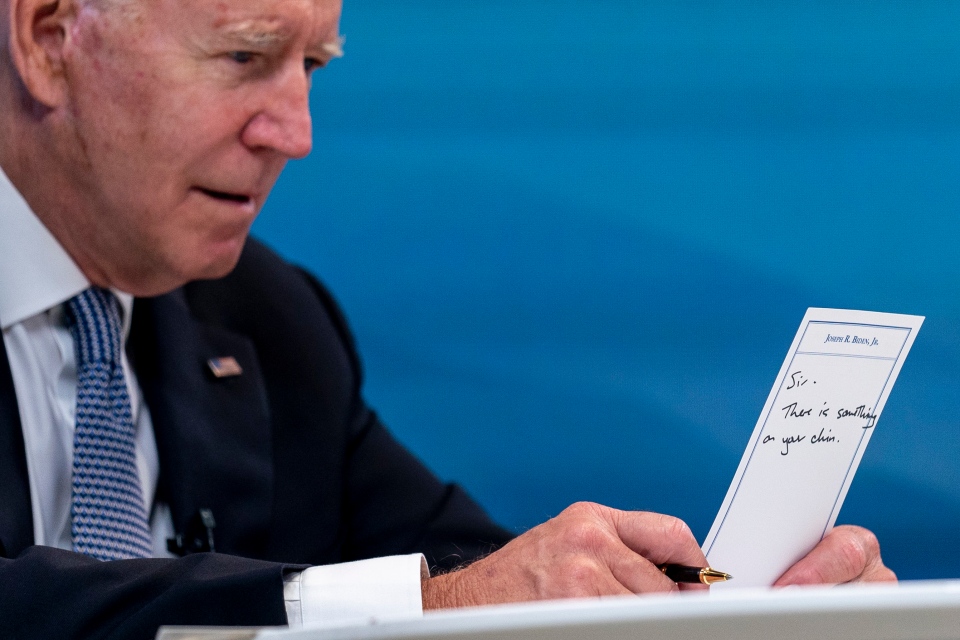 "Sir, there is something on your chin," the note reads.

Associated Press photojournalist Andrew Harnik was in the room during the virtual meeting and captured several images of Biden, including photos of said "something" on the president's chin. 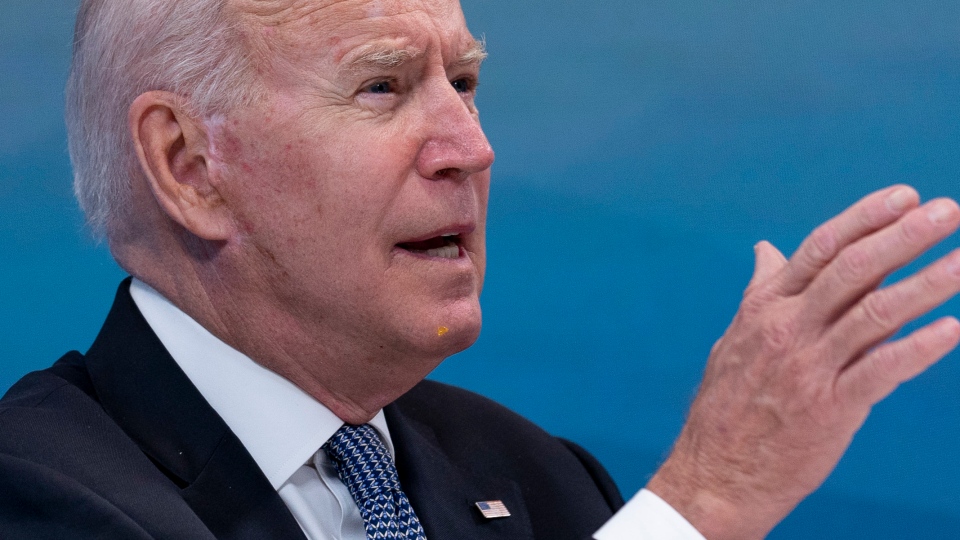 Mustard perhaps? Maybe it was corn?

Whatever it was, it likely came from the president's mask he was pictured wearing when he entered the room in the Eisenhower Executive Office Building on the White House Campus in Washington prior to the start of the conference call.

After a staffer gives Joe Biden a note saying, “there’s something on your chin,” Biden wipes his chin.

Then appears to put whatever was on his chin in his mouth? pic.twitter.com/VvN17i4IWY