Sheriff: Girl, 4, found in woods; had been missing 2 days 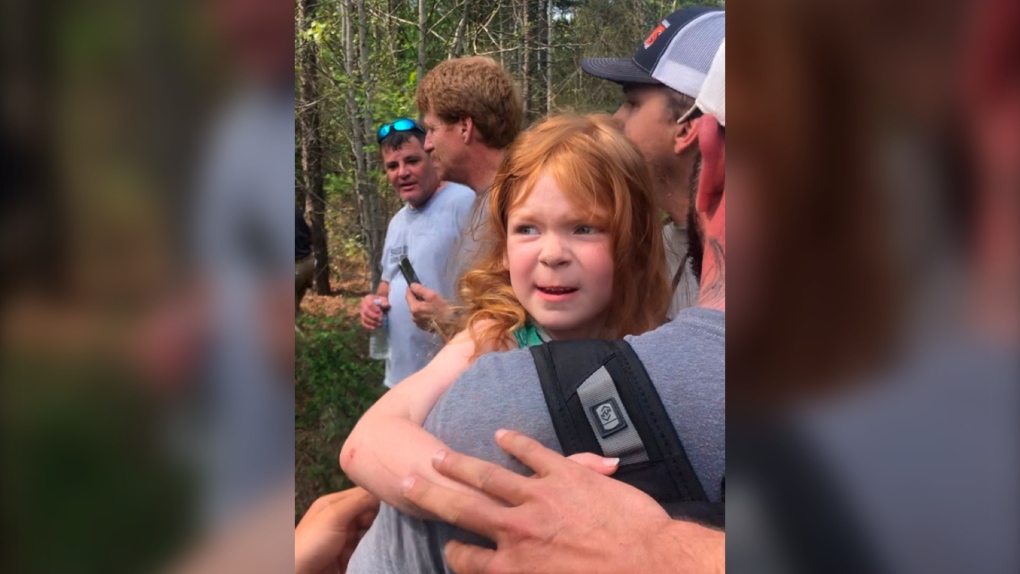 In a photo provided by Clay Carson, rescuers carry four-year-old Vadie Sides out of the woods in Lee County, Ala., Friday, March 27, 2020. (Clay Carson via AP)

AUBURN, ALA. -- Searchers on Friday found a four-year-old girl who had been missing for two days in a wooded area in east Alabama.

The girl was in good condition with a dog at her side when rescuers approached, authorities said.

Authorities said the child had disappeared from her babysitter's sight Wednesday afternoon while they were walking in a backyard with a hound dog.

Jones said the girl is in good condition despite her ordeal. The hound dog was at her side when she was found.

"We are beyond happy," Jones wrote in a text message about the discovery of the girl.

Multiple agencies and hundreds of volunteers had searched remote woods with a creek running through it.

A member of the search team that found the girl told media outlet WRBL-TV that they were searching the woods when they heard a dog bark, and then the girl "popped her head up" and they saw her bright red hair.

He said the girl drank some Gatorade offered to her and was talking "like it was no big deal" what she had been through. The station reported that the dog initially ran away when rescuers approach, but later came home on its own.