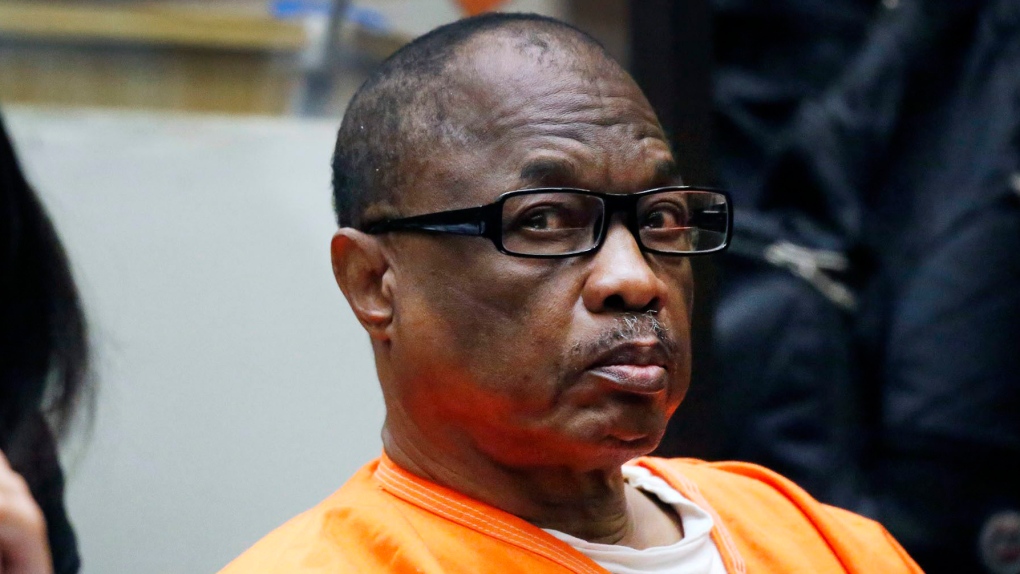 SAN QUENTIN, CALIF. -- Lonnie Franklin, the convicted serial killer known as the "Grim Sleeper" who preyed on the women of South Los Angeles for more than two decades, has died in prison. He was 67.

California corrections officials said Franklin was found unresponsive in his cell at San Quentin State Prison on Saturday evening. An autopsy will determine the cause of death; however, there were no signs of trauma, corrections spokeswoman Terry Thornton said in a statement.

The stepmother of a victim named Barbara Ware told People magazine she was shocked by the news.

"I won't say I'm pleased he died but at the end there was justice for all the bad things he did in his life," Diana Ware said. "We can now be at peace."

Franklin had been on death row since August 2016 for the deaths of nine women and a teenage girl. Franklin was linked at trial to 14 slayings, including four women he wasn't charged with killing. Police have said he may have had as many as 25 victims.

Most of the victims were fatally shot at close range, though two were strangled. Their bodies were dumped and left to rot in alleys and trash bins.

The killer earned his moniker because of the apparent hiatus from the late 1980s to 2002. The murders went unsolved for years and Franklin avoided suspicion by working as a city trash collector and onetime garage attendant for Los Angeles police.

Community members complained that police didn't seriously investigate the killings because the victims were black and poor and many were drug users and prostitutes during the crack cocaine epidemic.

Franklin was connected to the crimes after a task force that re-examined the old cases discovered that DNA from Franklin's son, which was in a database because of an arrest, showed similarities to genetic evidence found on some of the "Grim Sleeper" victims.

A detective posing as a busboy at a pizza parlour collected utensils and crusts while Franklin was attending a birthday party. Lab results connected him to some of the bodies and led to his arrest.

Investigators found a gun used in one of the killings and photos of victims in Franklin's house after his arrest.

Last year, Franklin was granted a reprieve when Gov. Gavin Newsom halted the execution of more than 700 condemned inmates on the nation's largest death row for at least as long as he's governor.

California hasn't executed anyone since 2006, under then-Gov. Arnold Schwarzenegger, and inmates are far more likely to die of old age.