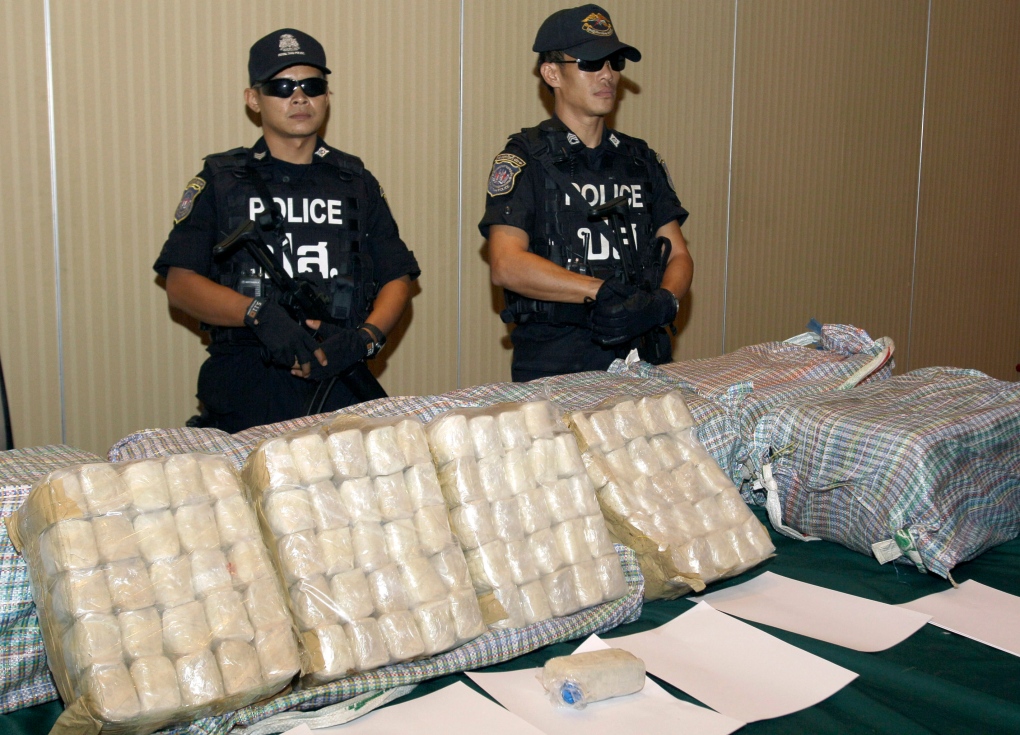 BANGKOK, Thailand -- Seizures of crystal meth and methamphetamine pills reached record highs in East and Southeast Asia in 2012, with Myanmar retaining its status as a major supplier of the illicit drugs, the United Nations said Friday.

In its annual report on amphetamine-type stimulants in the region, the U.N. Office on Drugs and Crime said that methamphetamines were the primary or secondary drug of choice in 13 of the 15 Asia-Pacific countries surveyed.

A total of 227 million methamphetamine pills were seized in the region last year -- a 59 per cent increase from 142 million a year earlier, the report said. It marked a more than seven-fold increase from 2008.

Many of the pills were seized in China (102.2 million), followed by Thailand (95.3 million) and Myanmar (18.2 million), the UNODC report said. In Thailand, the haul was nearly double the amount seized in 2011 and the second-largest ever recorded.

"Methamphetamine remains the top illicit drug threat in East and Southeast Asia," said the report, covering a region that includes China and South Korea to Southeast Asia and Australia. "Seizures of methamphetamine in both pill and crystalline forms reached record highs there in 2012."

The 11.6 tons of crystal meth seized across the region was the highest in a decade and a 12 per cent increase from the year before. It included record hauls in Indonesia, Thailand, Singapore, Cambodia and Brunei.

"Myanmar remains the primary source of methamphetamine pills found in the region," said the report, adding Myanmar continues to be "a major source" of the region's crystal meth, opium and heroin. Myanmar is also the world's second-largest producer of opium, after Afghanistan, accounting for about 10 per cent of global production.

The upsurge comes despite Myanmar's progress toward democratic reform since 2011, when the long-ruling military junta ceded power. The country's drug-producing hub is in eastern Shan State, a remote region near China and Thailand, where ethnic rebels have waged wars for decades and the government still has little control.

Myanmar's neighbours are its main markets. Up to 90 per cent of the crystal meth seized last year in Thailand -- and an estimated 90 per cent of meth pills seized in China -- came from Myanmar, the report said.

Trafficking of amphetamines is dominated by regional syndicates, but organized crime gangs from Africa and Iran have continued to smuggle such drugs into the region, the agency said.

The report said there was a resurgence of ecstasy use in several Asian countries, with the number of ecstasy pills seized in 2012 more than tripling to 5.4 million pills, compared to 1.6 million in 2011.