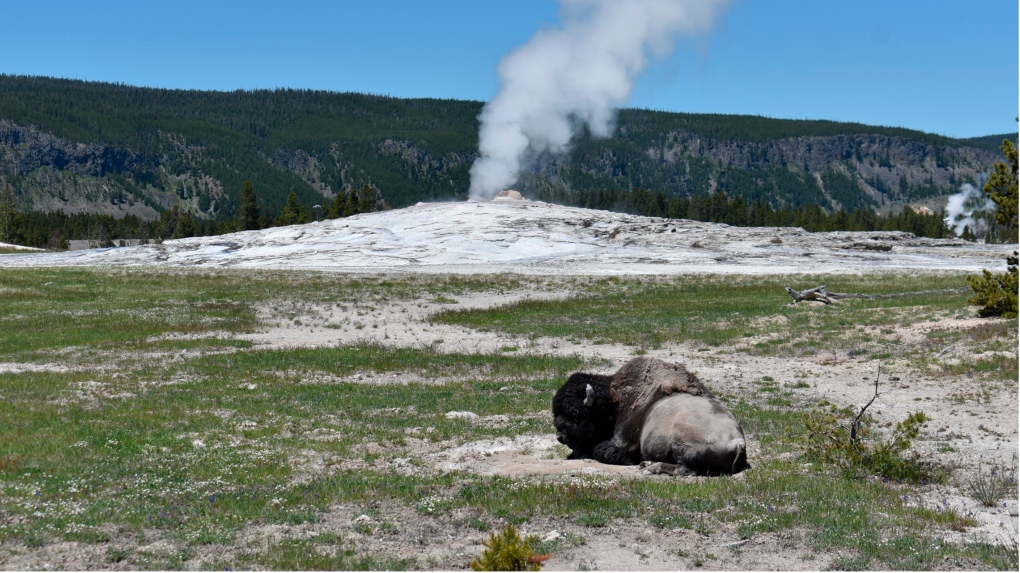 For the second time in three days, a visitor to Yellowstone National Park was gored by a bison, park officials said Thursday.

A 71-year-old woman from West Chester, Pennsylvania and her daughter inadvertently approached the bison Wednesday as they were returning to their vehicle at a Yellowstone Lake trailhead.

The woman's injuries were not life-threatening, park officials said. She was taken by ambulance to the West Park Hospital in Cody, Wyoming.

The incident remains under investigation and park officials did not release more information about the encounter.

On Monday, a 34-year-old Colorado Springs, Colorado, man who had gotten too close to a bison near Giant Geyser was thrown as he grabbed a child who was running away from the beast. They both got up and ran away.

On May 30, a woman from Grove City, Ohio, got within three metres of a bison before it gored and tossed her, causing a puncture wound and other injuries.

Bison are wild and unpredictable and visitors are asked to stay more than 23 metres away from them, park officials said.

Nagasaki paid tribute to the victims of the U.S. atomic bombing 77 years ago on Aug. 9, with the mayor saying Russia's war on Ukraine showed the world that another nuclear attack is not just a worry but 'a tangible and present crisis.'