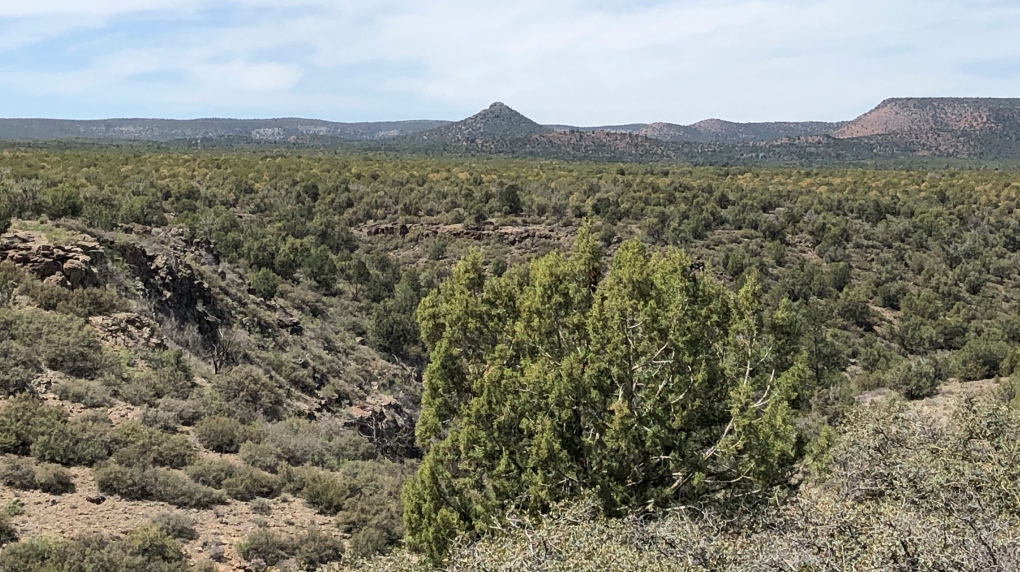 A missing hiker was found dead, his dog alive and lying next to him, in rugged forest in north-central Arizona five days after reporting he was lost, authorities said Thursday.

Searchers found the body of Donald Hayes on Wednesday near Mingus Mountain after six days of looking for the 74-year-old Prescott Valley man, the Yavapai County Sheriff's Office said in a statement.

Hayes had called his wife to ask her to report to authorities that he was lost, which triggered six days of air and ground searching, the office said.

Hayes was advised to remain where he was to await rescue, the office said in a statement. “Unfortunately, the victim decided against the advice and tried to find his way out, causing him to become lost further in the forest.”

The rugged area where Hayes' body was found was difficult for searchers to reach but they were able to do so Wednesday, the office said.

Hayes took his dog, Ranger, with him on the hike and the dog, after being found lying next to Hayes' body, was taken to an animal hospital for treatment before being returned to Hayes' wife, said Kristin Greene, a sheriff's spokesperson.

Hayes' cause of death wasn't immediately determined, but the adult dog “was more than likely very dehydrated and malnourished,” Greene said.

Hayes and the dog were found about six miles (nearly 10 kilometres) in straight-line distance from a trailhead but more than twice in hiking distance because of the terrain, Greene said. “He was definitely far, far away from civilization.”

The searchers included crews from four counties and a state police helicopter.

“I thank all the volunteer search and rescue teams and others who gave of their time for six days to locate the victim and bring him home” Sheriff David Rhodes said. “Our searchers utilized every tool at their disposal to find Mr. Hayes and never gave up”.