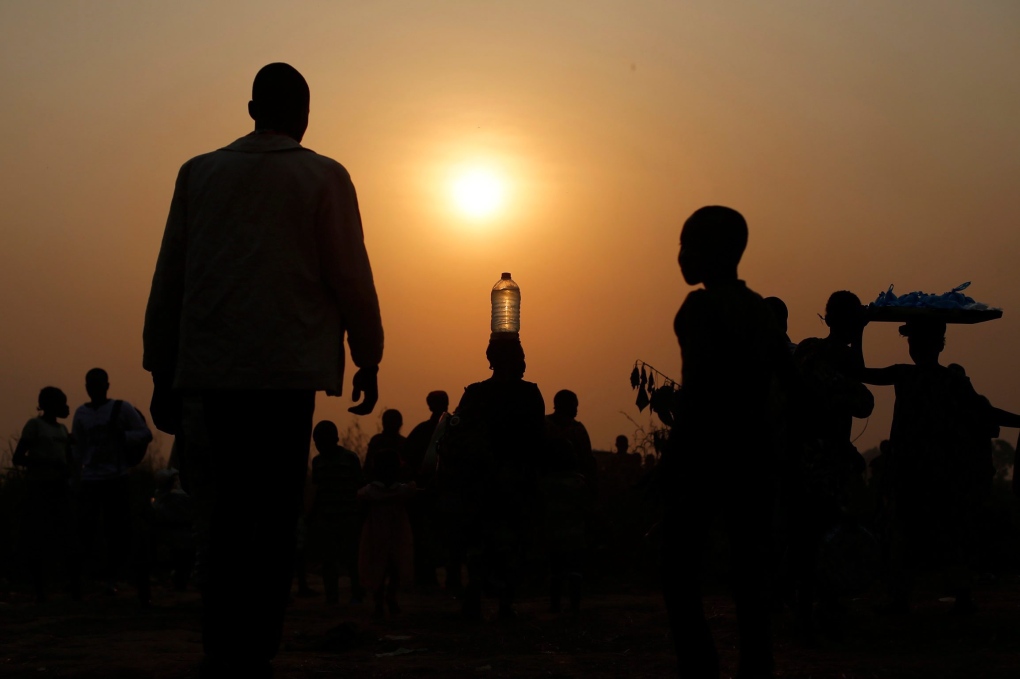 Internally Displaced People (IDP) from Bangui make their way back to the precarious safety of their camp at the airport in Bangui, Central African Republic, Monday Dec. 16, 2013. (AP Photo/Jerome Delay)

BANGUI -- The Red Cross in Central African Republic has confirmed 13 deaths in the capital Bangui following the second consecutive night of intense gunfire since ex-President Michel Djotodia announced his resignation.

Local Red Cross President Antoine Mbao-Bogo said Sunday the victims were mostly targeted in isolated incidents of "score-settling" and that the number would likely rise.

Many streets were deserted Sunday with residents of some neighbourhoods holed up fearing further violence.

Djotodia seized power in March backed by his mostly Muslim Seleka rebel alliance. On Friday, he agreed to step aside along with his prime minister at a regional summit in Chad amid mounting pressure over his failure to stem widespread violence pitting Muslims and Christians against each other.

He sought exile Saturday in the West African nation of Benin.