Scientology ship to remain under quarantine for potential measles outbreak 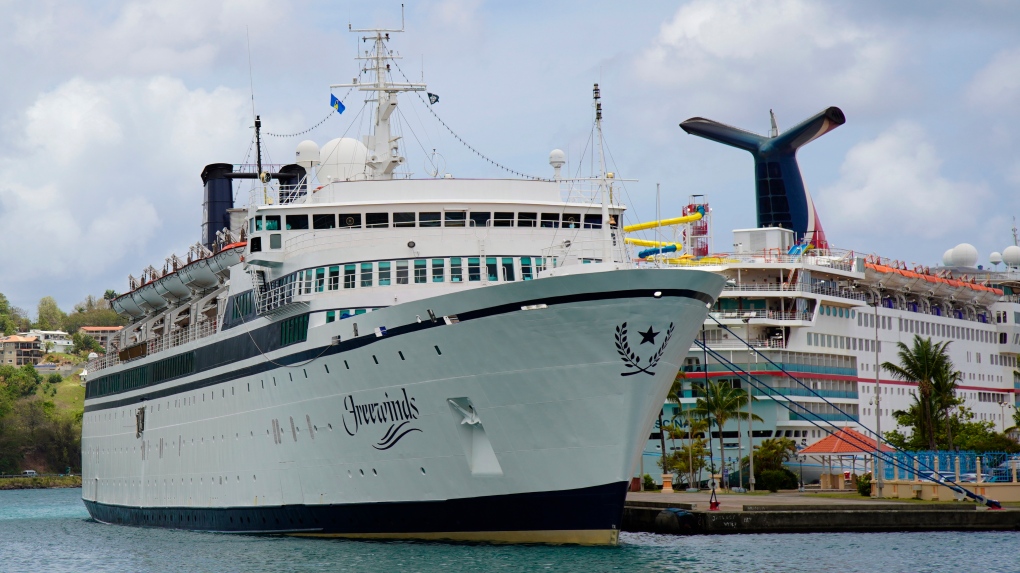 The Freewinds cruise ship is docked in the port of Castries, the capital of St. Lucia, Thursday, May 2, 2019. Authorities in the eastern Caribbean island have quarantined the ship after discovering a confirmed case of measles aboard. (AP Photo/Bradley Lacan)

WILLEMSTAD, Curacao - Authorities in Curacao say 318 people aboard a Church of Scientology ship docked in the Dutch Caribbean island will remain quarantined until they determine how many might be infected with measles.

Dr. Izzy Gerstenbluth told The Associated Press that a team of health officials took 277 blood samples and sent them to the Netherlands. He said he expects results on Tuesday or Wednesday.

Gerstenbluth said late Sunday that 31 crew members and 10 passengers provided a vaccination certificate. He said the atmosphere on the boat is good and that everyone has been co-operating.

The 440-foot Freewinds ship was previously quarantined in St. Lucia after a female crew member was diagnosed with measles.