Saudi Arabia says no thanks, day after election to UN Security Council 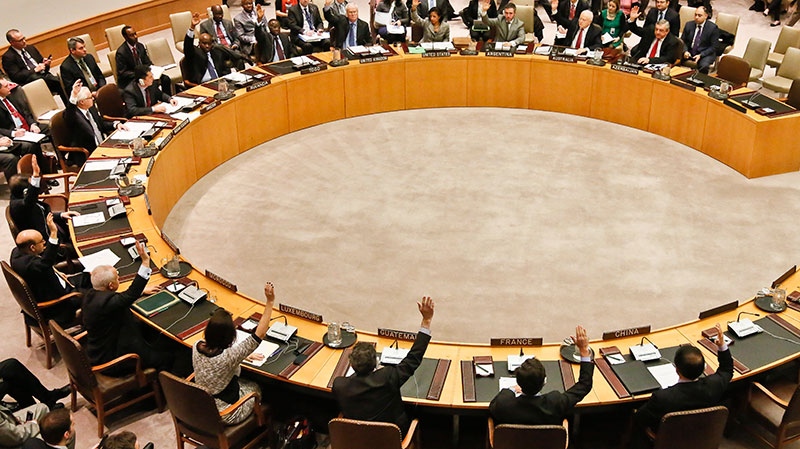 Just hours after winning a coveted place on the U.N. Security Council for the first time, Saudi Arabia did a stunning about-face Friday and rejected the seat, denouncing the body for failing to resolve world conflicts such as the Syrian civil war.

The oil giant and the world's superpower are at odds over a number of Mideast issues, including how Washington has handled some of the region's crises, particularly in Egypt and Syria. It also comes as ties between the U.S. and Iran, the Saudis' regional foe, appear to be improving somewhat.

The Saudis were displeased that the U.S. backed off threats of military strikes against Syria in response to its alleged use of chemical weapons. In Egypt, Washington has been critical of the military after it toppled President Mohammed Morsi, while Saudi Arabia has strongly backed the coup, giving billions of dollars to the new army-backed government.

Saudi Arabia's reversal surprised U.N. diplomats and officials who had just welcomed the kingdom to a two-year term on the U.N.'s most powerful body for the first time. Several noted that the Saudis were lobbying for support right up until the vote.

Britain, Pakistan and other countries said they wanted explanations, particularly as Saudi Arabia's U.N. Ambassador Abdallah Al-Mouallimi had told reporters following Thursday's vote that his government took the election "very seriously" and saw it as "a reflection of a longstanding policy in support of moderation and in support of resolving disputes in peaceful means."

Al-Mouallimi's comments stood in sharp contrast to the strident tone of Friday's Saudi Foreign Ministry statement, which accused the Security Council of failing on multiple fronts in the Middle East -- especially in ending the Syria conflict but also in failing to resolve the Palestinian-Israeli conflict and rid the region of weapons of mass destruction.

"They should have thought of that before competing for the seat," said Guatemala's U.N. Ambassador Gert Rosenthal.

Several diplomats were asking each other whether there was a split in the leadership of Saudi Arabia, where King Abdullah has the final word.

The Saudi statement was especially critical of the Security Council's "inability to perform its duties" to end the 2 1/2-year conflict in Syria, saying this has enabled President Bashar Assad's regime "to kill its people and burn them with chemical weapons in front of the entire world and without any deterrent or punishment." The Syrian regime denies using chemical weapons.

Saudi Arabia backs the rebels fighting to overthrow Assad in a war that has killed some 100,000 people since early 2011. The Saudis and other Sunni Arab governments are eager to counter their regional rival Iran, which has strongly thrown its weight behind Assad.

Assad's allies Russia and China have blocked three strongly worded Security Council resolutions aimed at ending the conflict. Still, in a rare consensus, the council passed a resolution backed by the U.S. and Russia to destroy Syria's chemical weapons arsenal after an Aug. 21 chemical attack.

Russia said it was "surprised" and "baffled by the reasons that the kingdom gave to explain its position" -- particularly after the chemical weapons resolution.

U.S. State Department spokeswoman Jen Psaki said that the U.S. does not expect to always agree with its allies, and added that "we have a range of issues we work with Saudi Arabia on. That will continue."

U.S. Secretary of State John Kerry met the Saudi ambassador on Wednesday and is scheduled to meet the foreign minister next week. The Saudis will be attending upcoming meetings on Syria where they have been "an important partner," Psaki said.

"It is hard not to think that Riyadh's decision reflects an overall cooling of the U.S.-Saudi relationship," said Boston University professor Charles Dunbar, a diplomat for four decades including posts in Afghanistan, Qatar and Yemen. "Syria and Iran would seem to be the two most prominent reasons for the downturn in relations."

Saudi Arabia is a founding member of the United Nations -- joining on Oct. 24, 1945, the day the U.N. Charter was unanimously adopted in San Francisco. It kept a low profile for decades but in recent years has become much more active at the U.N., seeking and winning seats on the Human Rights Council and other bodies.

U.N. spokesman Martin Nesirky, asked whether the Saudi rejection of the seat was unprecedented, said: "As far as we are aware, there isn't another case like it."

Secretary-General Ban Ki-moon told reporters he had not received any official notification about the Saudi rejection, and said member states are holding discussions on how to deal with the Saudi move. There was speculation about whether they might recant, but several diplomats said they doubt it after such a dramatic announcement.

"We think that Saudi Arabia would have brought a very positive contribution to the Security Council but we also understand the frustration of Saudi Arabia," French U.N. Ambassador Gerard Araud said.

The Saudis were selected by the Asia group for an Arab seat on the council. If they do officially give up the seat, the group would then need to select a new candidate -- or candidates -- for approval by the 193-member General Assembly.