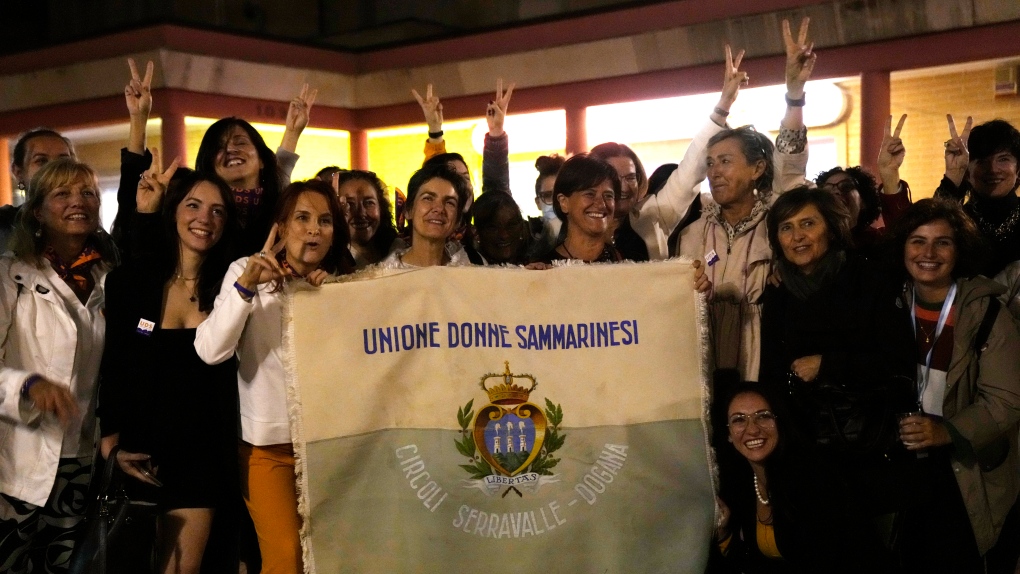 SAN MARINO -- Pope Francis repeated Monday that abortion is "murder," a day after the tiny republic of San Marino became the latest Catholic state to legalize the procedure, much to the cheers of women's rights groups.

An overwhelming majority -- 77 per cent of the 14,384 votes cast Sunday in the microstate surrounded by Italy -- favoured making abortion legal in the first 12 weeks of pregnancy. Abortion would also be legal beyond that if the woman's life is in danger or if her physical or psychological health is at risk because of fetal anomalies or malformations.

Only 41 per cent of eligible voters cast ballots, but no quorum was necessary and only 3,265 of San Marino's population of 33,000 voted "No."

The Catholic Church had strongly opposed the measure. The Vatican holds that human life begins at conception and that all life must be protected from conception until natural death.

Pope Francis repeated that stance Monday during a previously scheduled audience with the Vatican's bioethics academy. He decried the "throwaway" culture that makes abortion seem "normal."

"There is the waste of children that we don't want welcome," he said. "It is really a murder."

Valentina Rossi, member of the Union of Sammarinese Women and a referendum promoter, said the vote result was "far beyond the most optimistic expectations." She said it showed that individual voters were able to make a decision that the republic's politicians had refused to take for decades, even as Italy and other European countries made abortion legal.

San Marino's Parliament must now draft a bill to legalize the procedure, and proponents called for legislation that provides appropriate reproductive health services for all women.

"With this step, we succeeded in demonstrating that citizens are for the most part with us, and that finally San Marino will have to provide an adequate law," Rossi said. "At last!"

San Marino, one of the world's oldest republics, had been one of the last European states that still criminalized abortion. With Sunday's result, it now joins other predominantly Catholic states like Ireland, which legalized abortion in 2018, and Italy, where abortion has been legal since 1978. Abortion is still illegal in Malta and Andorra, and Poland introduced a near-total ban on the procedure this year.

Giacomo Volpinari, a San Marino citizen, said the vote was historic and showed the power of a referendum to change course.

"Where politics couldn't reach, it was the people who chose to get out from a medieval situation San Marino lived in for centuries," he said.