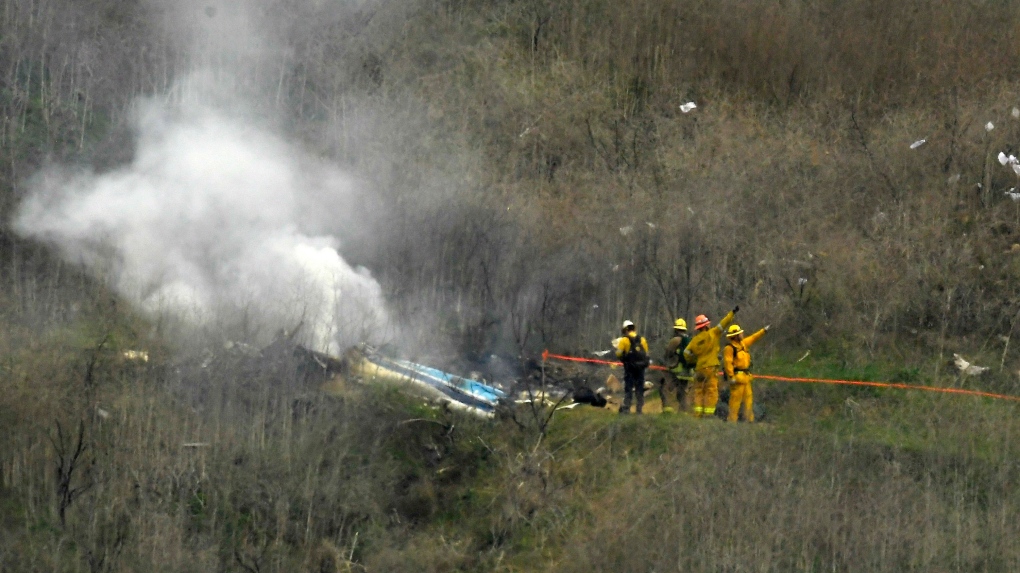 U.S. federal safety investigators bypassed aviation regulators on Tuesday and urged leading helicopter manufacturers to install so-called black boxes that would help determine the cause of crashes such as the one that killed former NBA star Kobe Bryant.

The National Transportation Safety Board appealed directly to six manufacturers after the Federal Aviation Administration failed to act on the board's recommendations to require the devices on most helicopters. The safety board said turbine-powered helicopters should record data, audio and images during flight.

The NTSB identified seven crash investigations between 2011 and 2017 in which it said the lack of recorder information slowed its ability to find potential safety issues.

"The more information we have, the better we can understand not only the circumstances of a crash, but what can be done to prevent future accidents," said Dana Schulze, director of aviation safety for the NTSB.

The NTSB's move is highly unusual. The board investigates accidents but has no authority to make regulations; that falls to the FAA. The board said it recommended flight-data and cockpit-voice recorders in 2013 and 2015, but the FAA did not act. The request for image-recording capability is new.

The FAA did not immediately comment on the NTSB's announcement. In 2016, then-FAA Administrator Michael Huerta agreed that crash-resistant recorder systems provide additional information about the actions of helicopters and crews but said the agency would not require them because it couldn't calculate a cost-benefit ratio.

"In today's rulemaking environment, we have no way of estimating the number of lives that could be saved or the number of future accidents that could be prevented with the use of this additional data," Huerta told the NTSB. He said the FAA decided instead to encourage manufacturers to add more recorders to their aircraft, and some do.

The NTSB made its request Tuesday to Sikorsky, Airbus Helicopters, Bell, Leonardo, MD Helicopters and Robinson.

Sikorsky manufactured the helicopter that crashed in January near Calabasas, California, killing Bryant, his daughter and seven others. It did not have black boxes. If it did, "that would have helped us significantly in this investigation and other investigations," NTSB member Jennifer Homendy said days after the crash. "It is something we have recommended several times over a number of years."

Data recorders have been required on medical helicopters since 2018, and pressure was growing to expand that requirement to other helicopters even before the Bryant crash, which is still under investigation.

The top Senate Democrat, Charles Schumer of New York, urged the FAA to require the devices last year after a helicopter crashed on the roof of a Manhattan skyscraper, killing the pilot. Schumer called the FAA's inaction "cause for serious concern."