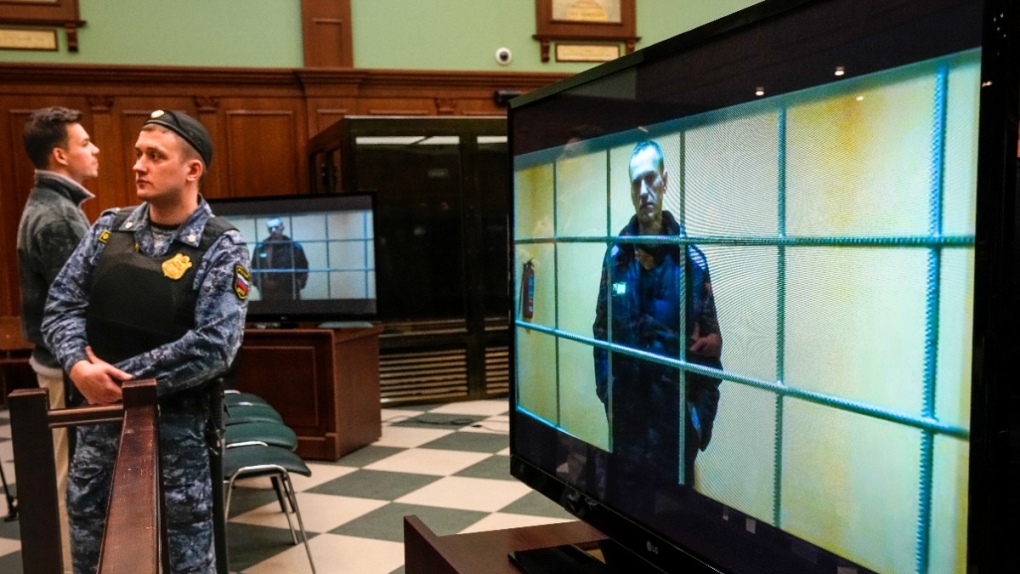 Alexei Navalny appears on a screen in the Moscow City Court, on May 24, 2022. (Alexander Zemlianichenko / AP)
MOSCOW -

The rejection means Navalny will be sent to a high-security prison, according to the independent news site Mediazona.

Navalny, the Kremlin's most persistent critic who had built a nationwide network of supporters, was arrested in January 2021 upon returning from Germany, where he had been recuperating from nerve-agent poisoning that he blames on the Kremlin.

Authorities said the six months of recovery abroad violated terms of a 3 1/2-year suspended sentence in a fraud case.

In March, he was sentenced to nine years in a separate case alleging that he defrauded supporters by seeking donations to run for president even though he knew the previous conviction disqualified him from being a candidate.