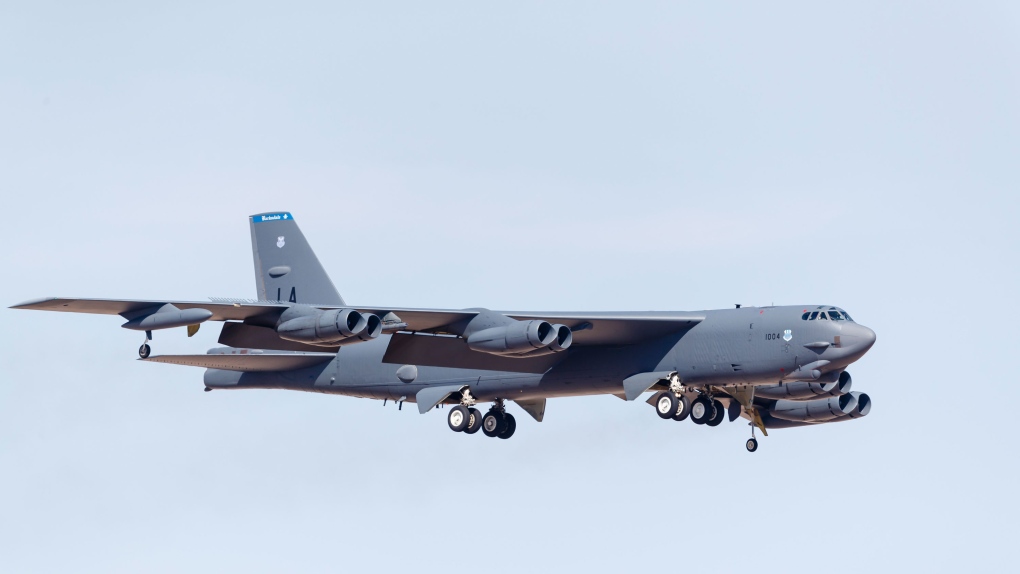 A file photo of a US Air Force B-52H Stratofortress on final approach to Nellis Air Force Base, Nevada, after a Red Flag mission. (Rob Edgcumbe/STKRF/AP Photo)

There were no violations of Russia's state border during the episode, according to TASS, which, citing Russia's National Defense Command Center, said "three Russian fighters Sukhoi-35S have been scrambled to escort a US strategic bomber B-52H, which approached Russia's airspace."

"The fighters' crews identified the target as a strategic B-52H bomber of the U.S. Air Force and escorted it over the Pacific Ocean. There were no violations of Russia's state border or dangerous proximity of planes in the air," TASS added.

According to the state-owned news agency, Russia's Sukhoi-25S fighters "strictly followed" international rules and returned to base after the US plane moved away from the Russian border.

CNN has reached out to the Pentagon for comment.

The incident marks the latest salvo in recent years between Russian aircraft and either U.S. or NATO aircraft. In March, NATO scrambled fighter jets 10 times to track and intercept an unusually "rare peak" of Russian bombers and fighters flying over the North Sea, Black Sea and Baltic Sea, a NATO official said at the time.

And in August 2020, two Russian aircraft made an "unsafe, unprofessional" intercept of a US Air Force B-52 bomber over the Black Sea and in international waters, causing turbulence to the B-52 that restricted its ability to maneuver.