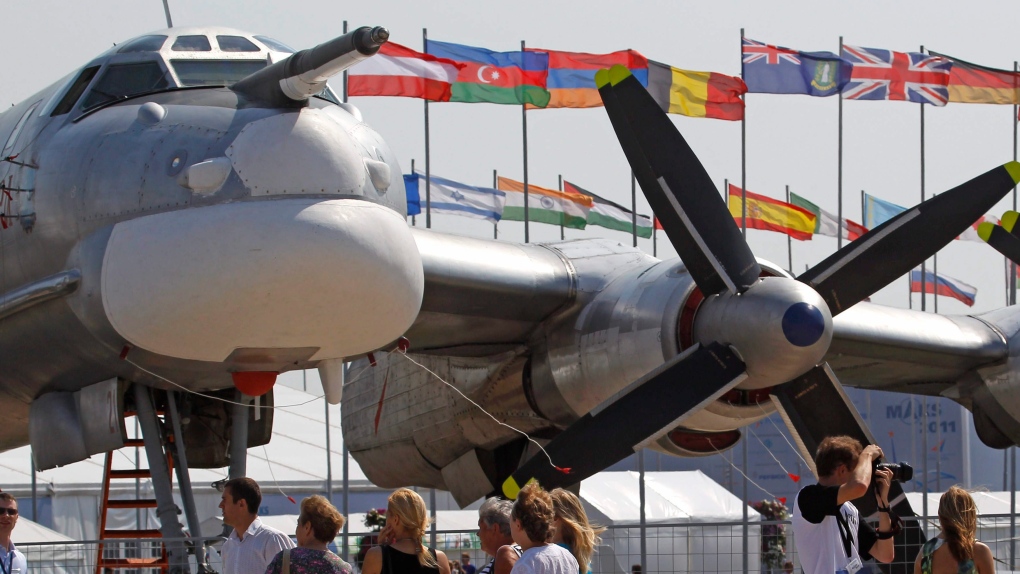 OTTAWA -- Talk about crashing the party a little early.

Two long-range Russian bombers were intercepted in international airspace off the coast of Alaska on Friday as Canada and the U.S. were preparing to mark the 60th anniversary of the North American Aerospace Defence Command.

The Tu-95 bombers were met by Alaskan-based F-22 fighter jets and did not enter American or Canadian airspace before flying west along the Aleutian Island chain and away from North America, said Norad spokesman Maj. Andrew Hennessy.

Such Russian bomber flights over the North were a regular occurrence between 2012-14 until they were grounded for several years over safety concerns and are now much more erratic.

The most recent flight does not appear to have dampened the mood as Canadian and U.S. officials held a variety of events on Saturday marking the birth of Norad, which was established on May 12, 1958 to guard against nuclear-armed Soviet bombers.

"Canada and the United States formally agreed to do together what no other two countries had done before, or since, to place the defence and security of their countries and citizens into each other's care," Prime Minister Justin Trudeau said in a statement.

"Since then, Norad has watched over North America's skies to defend and protect our people."

Not that the partnership has been all smooth sailing, thanks in large part to ballistic-missile defence.

The U.S. originally invited Canada to participate in the controversial program, but was famously turned down in 2005, a decision that successive Canadian governments have maintained.

As a result, while Canadian and U.S. military personnel work together to detect potential airborne threats to North America, Canada would have no role in deciding what to do if North Korea or any other country fired a missile at the continent.

However, the Trudeau government has said ballistic missiles will be one threat considered as Canadian and U.S. officials look to upgrade and modernize the various radars and other systems that form the backbone of Norad.

A number of studies are currently underway to determine exactly what is needed to ensure Canada and the U.S. can continue to detect airborne, marine and even space-based threats into the 21st century.

A date has not been set for talks nor does the government have an idea how much such upgrades will cost, given the uncertainty about what capabilities will actually be required.

The current network of radars is expected to pass the end of its useful life early in the next decade.