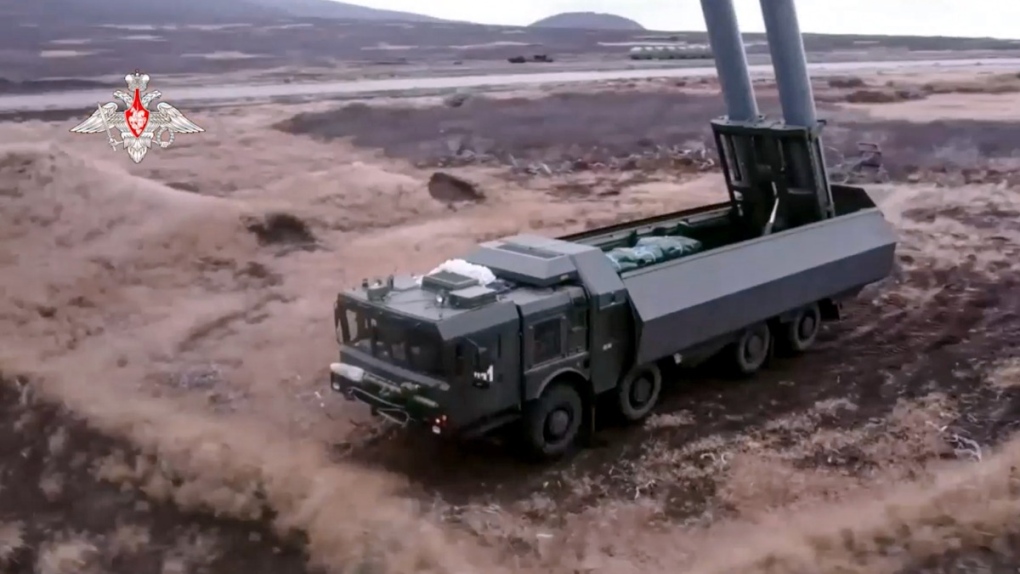 MOSCOW -- The Russian military has deployed coastal defence missile systems near the Kuril Islands, a Pacific chain also claimed by Japan. The move appeared intended to underline Moscow's firm stance in the dispute.

The Bastion systems were moved to Matua, a deserted volcanic island in the middle of the chain. Japan claims the four southernmost islands.

The ministry said the deployment involved setting up living quarters for personnel, hangars for the vehicles and other infrastructure.

The Bastion is capable of hitting sea targets at a range of up to 500 kilometres.

The deployment followed a series of moves by Russia to beef up its military presence on the Kuril Islands.

In 2016, it stationed the Bal and the Bastion coastal defence missile systems on two of the four southernmost Kuril Islands. In the following years, it followed up by sending top-of-the-line air defence missiles systems there and setting up an air base on the Iturup Island where fighter jets were deployed.

Japan asserts territorial rights to the four southernmost islands of the Kuril chain and calls them Northern Territories. The Soviet Union took the islands in the final days of the Second World War, and the dispute has kept the countries from signing a peace treaty formally ending their hostilities.

The oval-shaped, 11-kilometre-long island where the Russian missiles were deployed hosted a Japanese military base during the Second World War. After the Soviet takeover of the Kuril Islands, Matua was home to a Soviet military base that was closed amid funding shortages in the wake of the 1991 collapse of the Soviet Union.

Asked about the missile deployment, Kremlin spokesman Dmitry Peskov said that Russia has a sovereign right to deploy its military forces wherever it deems necessary on its territory.

At the same time, he noted that Russia values relations with Japan and remains committed to efforts to negotiate a settlement of the dispute.

"We maintain a political will to pursue a comprehensive dialogue with our Japanese partners in order to find ways of settlement," Peskov said in a conference call with reporters.