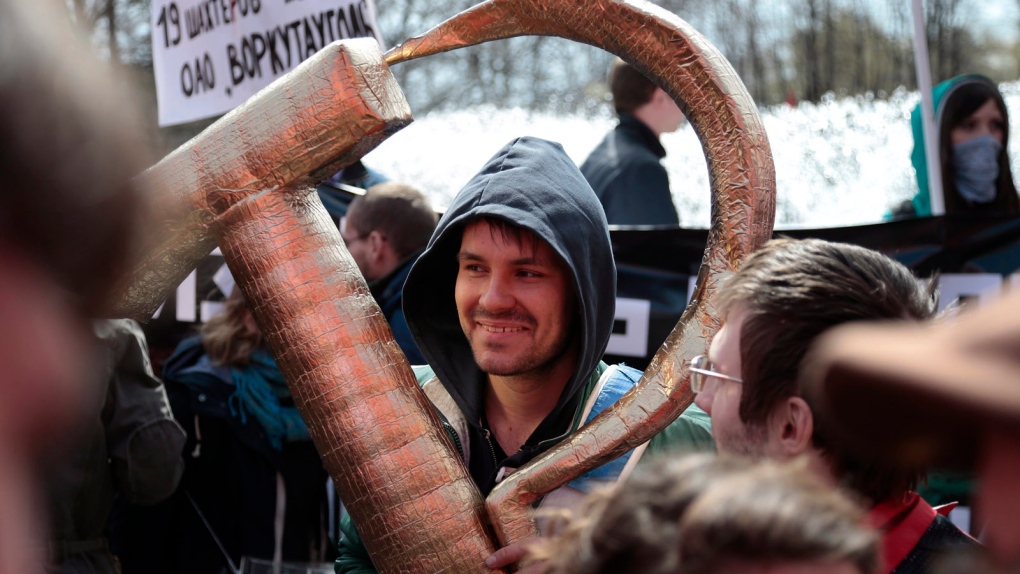 A protester holds hammer and sickle, which used to be Soviet Union symbols, on May Day in Moscow, Russia, on Wednesday, May 1, 2013. (AP Photo/Ivan Sekretarev)

MOSCOW -- The Russian Foreign Ministry has denounced Ukraine for new laws that ban symbols of the former Communist regime and recognize partisans who fought against the Red Army as freedom-fighters.

A ministry statement said Friday that the laws "match the distorted ideas that are being propagated by the incumbent authorities in Ukraine" and that they are a pretext for "introducing totalitarian methods to liquidate unsuitable parties." It contends that recognizing the partisans as freedom-fighters honours "Nazi collaborators."

The laws passed by the Ukrainian parliament on Thursday ban the use of symbols from the Soviet years and also ban Nazi symbols.

Moscow has repeatedly contended that the downfall of Viktor Yanukovych as Ukrainian president in 2014 after months of protests was effectively a coup driven by fascist-minded nationalists.