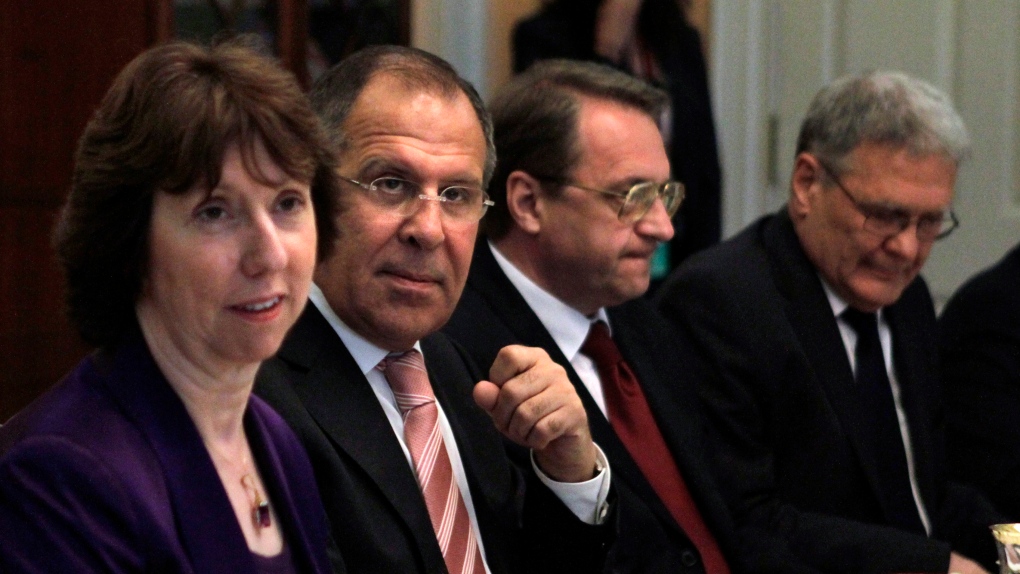 MOSCOW -- Syria's most powerful ally, Russia, said for the first time Thursday that President Bashar Assad is losing control of his country and the rebels might win the civil war, dramatically shifting the diplomatic landscape at a time of enormous momentum for the opposition.

While Deputy Foreign Minister Mikhail Bogdanov gave no immediate signal that Russia would change its stance and agree to impose international sanctions on Assad's regime, his remarks will likely be seen as a betrayal in Damascus and could persuade many Syrians to shift their loyalties and abandon support for the government.

Russia's assessment could also further strengthen the hand of the rebels, who have made some significant gains in their offensive, capturing two major military bases and mounting a serious challenge to Assad's seat of power, Damascus.

"We must look at the facts: There is a trend for the government to progressively lose control over an increasing part of the territory," Bogdanov, the Foreign Ministry's pointman on Syria, said during hearings at a Kremlin advisory body, the Public Chamber. "An opposition victory can't be excluded."

Bogdanov's statement marks a clear attempt by the Kremlin to begin positioning itself for Assad's eventual defeat. He said that Russia is prepared to evacuate thousands of its citizens from Syria, although he didn't say when that might happen.

At the same time, Bogdanov reaffirmed Russia's call for a compromise, saying it would take the opposition a long time to defeat the regime and Syria would suffer heavy casualties.

"The fighting will become even more intense, and you will lose tens of thousands and, perhaps, hundreds of thousands of people," he said. "If such a price for the ouster of the president seems acceptable to you, what can we do? We, of course, consider it absolutely unacceptable."

Bogdanov repeated that Russia would stick to an agreement reached in Geneva in June calling for negotiations involving the government and the opposition.

Russia has joined with China at the United Nations Security Council to veto three resolutions that would have imposed sanctions on Assad's regime over its bloody crackdown on the uprising that began in March 2011. Moscow also has continued to provide the Syrian government with weapons despite strong international protests.

Fyodor Lukyanov, the editor of the magazine Russia in Global Affairs, said Bogdanov's statement marked an effort by Russia to position itself for the fall of its ally.

"It's better to talk about it now than keep saying until the moment of collapse that things remain under control," he said.

The statement may also reflect new information about the situation on the ground received by the Kremlin, he said.

"A public statement like that appears to indicate that the balance is shifting," Lukyanov said.

Asked if and when Russia is going to evacuate its embassy in Syria, Bogdanov said that the "moment hasn't come yet."

He added that the Foreign Ministry is looking at possible evacuation plans for thousands of Russian citizens, most of whom are Russian women married to Syrian men and their children. "We have plans for any occasion," Bogdanov said.

He said that "half of them support the opposition," adding that Syrian opposition delegations that have visited Moscow have included some Russian citizens.

The Interfax news agency said that if the government decides to evacuate Russians from Syria, it could be done by ships escorted by the Russian navy and by government planes.