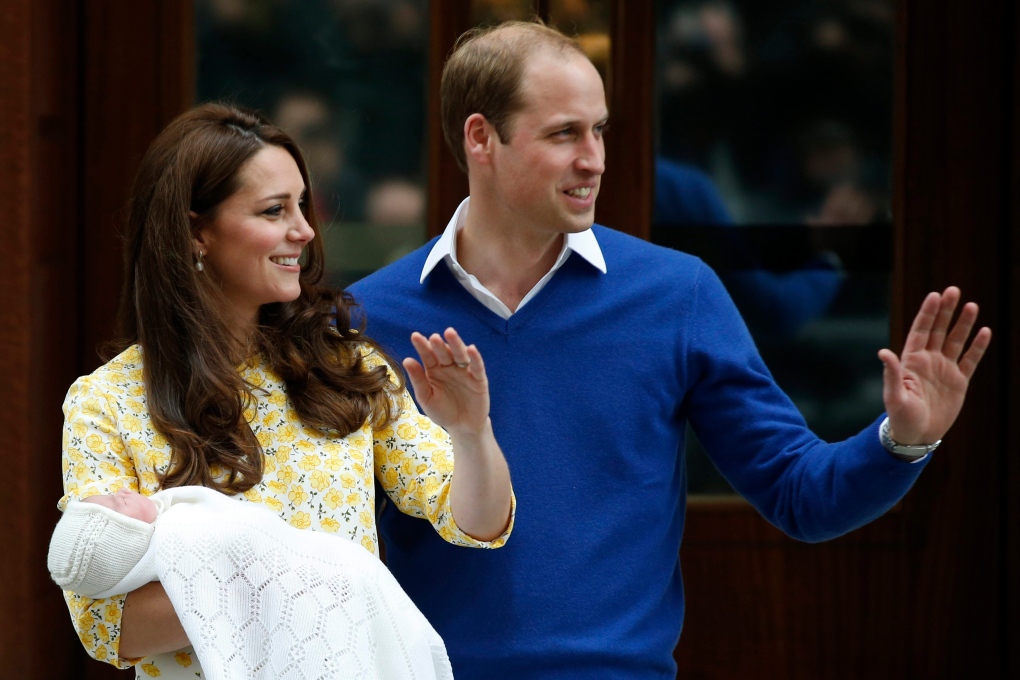 Prince William and Kate, Duchess of Cambridge, pose for the media with their newborn daughter outside St. Mary's Hospital's exclusive Lindo Wing, London on May 2, 2015. (AP / Alastair Grant)

When it comes to filling out a government form, few job titles sound better than "Prince of the United Kingdom."

That's the occupation Prince William wrote down when he filled out a birth certificate for his daughter, Charlotte Elizabeth Diana, on Tuesday.

Kensington Palace released a photo of the birth certificate on Twitter, and the details included are pretty impressive.

Prince William had to squeeze a few stuffed-to-the-brim royal titles into the tiny boxes on the form, particularly when it came to writing out names in the "Father" and "Mother" boxes.

Under "Mother," he wrote, "Catherine Elizabeth Her Royal Highness the Duchess of Cambridge."

For occupation, the couple are listed as Prince and Princess of the United Kingdom. Their home address is listed as Kensington Palace.

The baby is officially listed as Her Royal Highness Princess Charlotte Elizabeth Diana of Cambridge, born May 2, 2015 in the city of Westminster and registered on May 5, 2015.

It looks as though Prince William filled out the form himself, as he wrote "father" under the "Informant" heading.

In the signature box, the prince wrote only one name: "William."

The Duke and Duchess of Cambridge have formally registered the birth of Princess Charlotte pic.twitter.com/nY2hUxaEKi