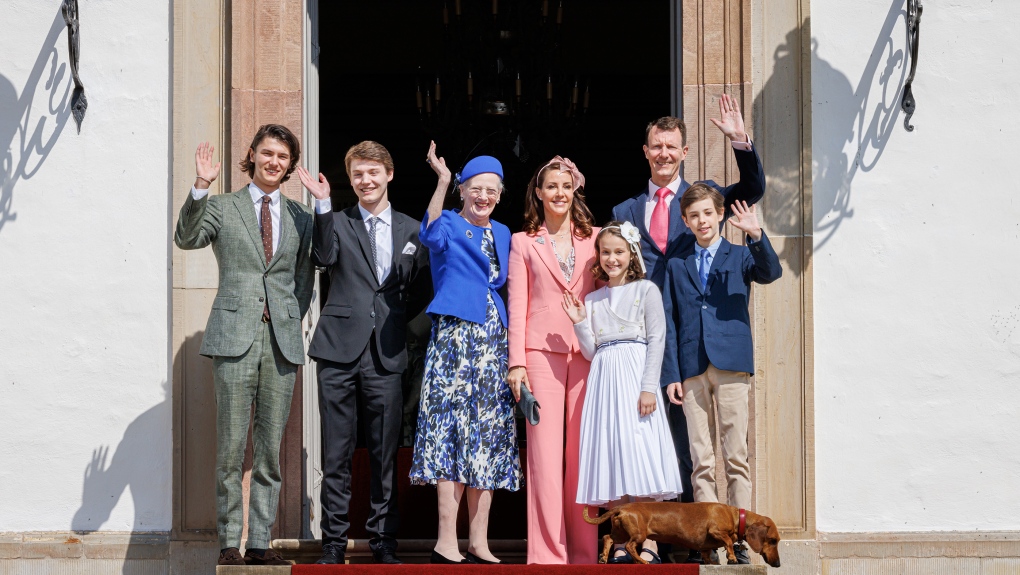 A rift has emerged in the Danish royal family following a decision by Queen Margrethe to strip four of her eight grandchildren of their royal titles in order to "future-proof" the monarchy.

The 82-year-old monarch, who this year celebrated half a century on the throne, announced on Thursday that from next year the children of her younger son, Prince Joachim, will no longer be known as prince and princess.

The reason for the move, according to an announcement from the Danish royal household, is to allow the junior royals to lead more normal lives, while it follows a similar decision by other royal families to slim down the monarchy.

The announcement explained: "The Queen's decision is in line with similar adjustments that other royal houses have made in various ways in recent years.

"With her decision, Her Majesty The Queen wishes to create the framework for the four grandchildren to be able to shape their own lives to a much greater extent without being limited by the special considerations and duties that a formal affiliation with the Royal House of Denmark as an institution involves."

Joachim, the Queen's second son, lives in Paris with his wife, Princess Marie, and their two children, Henrik, 13, and Athena, 10. The prince has two older sons, Nikolai, 23, and Felix, 20, from his first marriage to Alexandra, Countess of Frederiksborg.

The royal household said their HRH titles will be "discontinued," adding: "Prince Joachim's descendants will thus have to be addressed as excellencies in the future."

All four of Joachim's children will maintain their places in the order of succession.

In a telephone conversation with CNN, Helle von Wildenrath Løvgreen, press secretary to Countess Alexandra, said the countess was "very sad and in shock.

"She can't believe why and why now, because there's no good reason. They would lose their titles anyway when they get married one day. Her sons are young men so maybe they might get married in the near future so why shouldn't it wait until that day so that the titles would disappear on a happy day?"

The palace said the latest development was a "natural extension" of earlier moves to slim down the monarchy, saying: "In April 2008, Her Majesty The Queen bestowed upon her sons, their spouses and their descendants the titles of count and countess of Monpezat. In May 2016, it was also announced that His Royal Highness Prince Christian, as the only one of The Queen's grandchildren, is expected to receive an annuity from the state as an adult."

Joachim's older brother, Crown Prince Frederik, is first in line to the throne. His oldest child, Prince Christian, is second in line. All four of Frederik's children retain their titles.

Countess Alexandra told CNN by email that Von Wildenrath Løvgreen has been authorized to speak on behalf of Joachim and Marie, as well as on her behalf.

Von Wildenrath Løvgreen said: "Their father told his children. They were quite shocked.

"He's really a man of honor. He's lived all his life in his family with that title and he's shocked and nearly cried this morning when one of the European tabloids talked to him in Paris."

She said the children only learned of the change in their titles in recent days, adding: "Back in May he (Prince Joachim) was told that they might remove their titles when they turn 25 and then he didn't hear any more until a few days ago."

Von Wildenrath Løvgreen explained that the rebrand is purely a formality, as Joachim's children do not receive any money from the public purse.

"It's just their loss of identity and it's very hard for little children and young men. As Prince Nikolai said to me, 'what will they write in my passport now?'"

The four children have not spoken with their grandmother since the announcement was made, she said.

Responding to the palace's explanation that this will enable the youngsters to lead a more normal life, she added: "They will never get a normal life. If they do something very stupid it will always come back on the family."

Lene Balleby, the royal household's director of communications, told CNN in an email: "As Her Majesty The Queen stated yesterday, the decision has been a long time coming. The Queen's decision has taken various forms along the way, but Prince Joachim has been involved in and informed about the process since May 5th. We fully understand that there are many emotions involved at the moment, but we hope that The Queen's desire to future-proof the Royal House of Denmark will be respected."

This is not the first time titles have proved controversial for the family. The Queen's husband, Prince Henrik, said he did not want to be buried in a plot intended for his wife at Roskilde Cathedral, because he had not been given the title of king.

The French-born prince, who died in 2018, had been unhappy with his title since being named prince consort -- rather than king consort -- upon the couple's marriage in 1967.