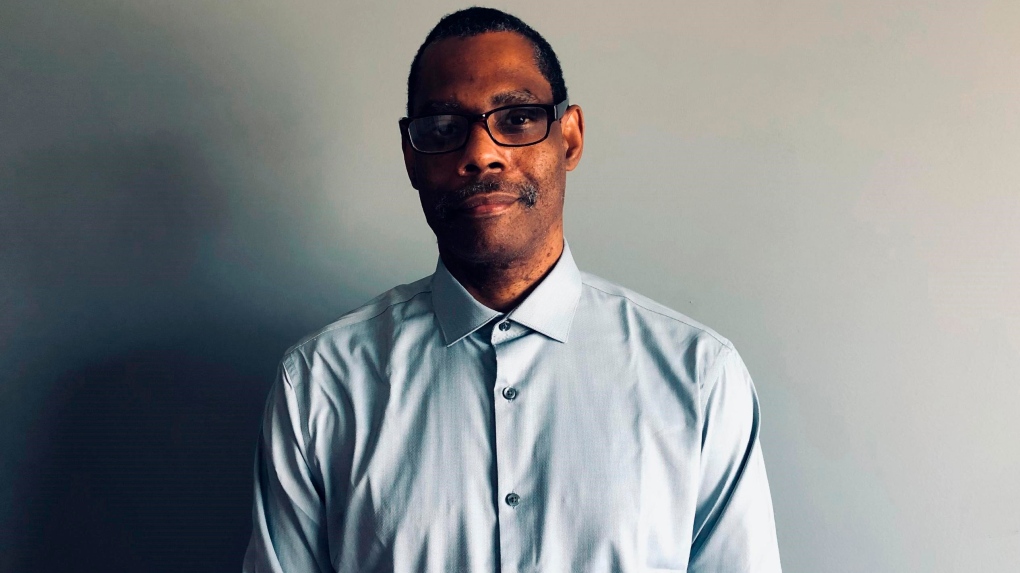 In this photo provided by LaDonna Thomas, Clifton Jones poses in Fort Mitchell, Ala., on Wednesday, April 21, 2021. (Courtesy of LaDonna Thomas via AP)

SAN FRANCISCO -- A California man imprisoned for 15 years in the death of his month-old son is free after prosecutors and a judge agreed that the scientific research underlying what was once called "shaken baby syndrome" has changed significantly in recent years.

Clifton Jones, 45, was released this month from Soledad State Prison after a judge agreed to resentence him to a lesser offence.

"The mistake that was made was finally put right," Jones told The Associated Press.

Jones was arrested the day after his son, Clifton Jones, Jr., died on Dec. 13, 2005. One of the first things he did after gaining his freedom on April 15 was to visit his child's grave.

"I just released the floodgates and it was very difficult, but it was needed because that was a little bit more of the closure that I needed," he said. "I still live his last moments in my arms. That's very, very hard to get out of your mind."

Jones' case is among a series of recent nationwide legal challenges to what used to be accepted evidence of shaken baby syndrome, which at one point was determined by brain swelling and bleeding inside the skull and behind the eyes. Medical experts now say the telltale pattern of injuries isn't so clear and that those symptoms can sometimes be caused by a short accidental fall.

Jones' defence had argued the child died after an accidental trip-and-fall in their Sacramento home. Jones tripped over a shoe, and unable to break his stumble, he and his son fell into a wall, causing the baby to hit the back of his head, ultimately leading to his death, they had argued.

But following the testimony of two experts who said shaken baby syndrome likely caused the child's death, Jones was sentenced to 25 years to life in prison after a jury convicted him of involuntary manslaughter and child abuse in the death of his son.

In February, his attorney, Anjali Srinivasan, in partnership with the Northern California Innocence Project, filed a request for his release arguing that although the medical testimony may have been accurate at the time of trial, recent medical advancements point to the shaken baby syndrome testimony being false.

The California Superior Court in Sacramento denied the petition, noting it wanted to receive an expert declaration.

But the team gained Jones' release after months of negotiations with prosecutors who agreed to file a motion to resentence Jones for child endangerment, which carries a maximum sentence of six years in prison. That allowed him to be freed immediately and without parole.

"We do note that the scientific research underlying what was once called `Shaken Baby Syndrome' has changed significantly over the past several years," Sacramento County Chief Deputy District Attorney Rod Norgaard wrote in an email.

"After reviewing the procedural history, the facts underlying the conviction and Mr. Jones' initiative at rehabilitation while incarcerated, we requested the court recall the sentence and resentence the defendant. The court likewise reviewed the matter and agreed," Norgaard added.

While in prison, Jones took business and social and behavioural sciences classes and said he hopes to one day start his own business. For now, he wants to help those who are unjustly incarcerated or have received harsh sentences.

"I can help be a gateway to them because I got my life back but theirs is still on hold," said Jones, who has moved to Alabama to be close to his family.

Srinivasan said she plans to pursue a "more complete exoneration" of Jones in the future.

"We're grateful to the DA's office for joining us in seeking that motion and we definitely think it served the interests of justice to have him released as soon as possible," she said.