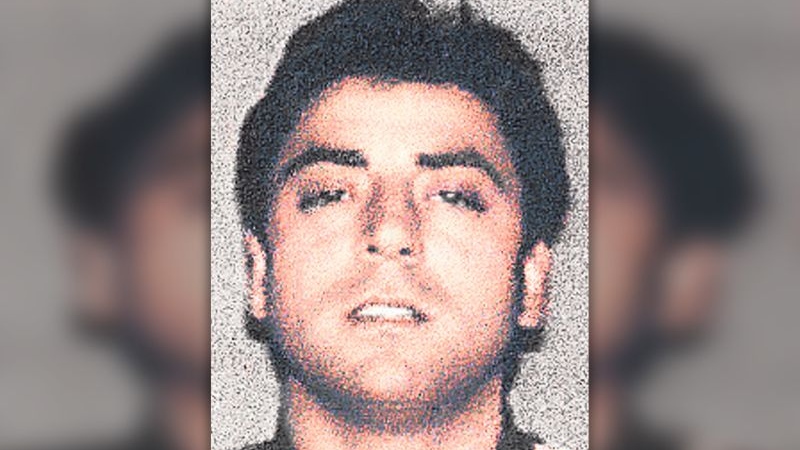 NEW YORK -- The reputed boss of New York's Gambino crime family was shot to death in front of his home by a gunman who may have staged a car accident to lure him outside, dying a virtual unknown compared with his swaggering 1980s-era predecessor, John Gotti.

Police said Thursday they were reviewing surveillance-camera video of the attack on Francesco "Franky Boy" Cali, 53, who was gunned down Wednesday night at his red-brick colonial-style house in a quiet Staten Island neighbourhood. The assailant sped off in a pickup truck, police said. No immediate arrests were made.

The motive for the attack was under investigation, police said. Chief of Detectives Dermot Shea said it was still an open question whether it was a mob hit.

Aggressive federal prosecutions in the past 25 years decimated the ranks of New York's five Mafia families. The cases resulted in long prison terms for their bosses -- Gotti included -- and encouraged their successors to keep a lower profile.

But the new generation still engages in old-school crimes -- loansharking, gambling, extortion -- that can make enemies and spark bloodshed.

Shea said there has been a slight uptick in alleged mob-related violence in New York within the last year. But he said it is too soon to say whether that had anything to do with Cali's slaying.

The mobster emerged from his home around 9:15 p.m. after the gunman backed his pickup into Cali's Cadillac SUV, damaging it, according to police. "With what we know at this point in time, it's quite possible that was part of a plan," Shea said.

Video showed the assailant pulling a 9 mm handgun and opening fire on Cali about a minute after they started talking, according to Shea. At least 12 shots were fired. After getting shot several times, Cali tried to crawl under his SUV to hide, Shea said.

Federal prosecutors referred to Cali in court filings in recent years as the underboss of the Mafia's Gambino family, once one of the most powerful and feared crime organizations in the country. News accounts since 2015 said he had ascended to the top spot.

The last Mafia boss to be rubbed out in New York City was Gambino don "Big Paul" Castellano, assassinated at Gotti's direction while getting out of a black limousine outside a high-end Manhattan steakhouse in 1985. Gotti then took control of the family.

"We thought those days were over," Mayor Bill de Blasio said of Cali's slaying. "Very surprising, but I guess old habits die hard."

Cali kept a much lower profile than Gotti and was killed in far less spectacular fashion than Castellano. He was shot on a tree-lined street in one of New York City's less-glamorous outer boroughs, a short walk from ball fields, a country club and a day camp.

Gotti, with his expensive double-breasted suits and overcoats and silvery swept-back hair, became known as the Dapper Don, his smiling face all over the tabloids. As prosecutors tried and failed to bring him down, he came to be called the Teflon Don.

In 1992, Gotti was convicted in Castellano's murder and a multitude of other crimes. He was sentenced to life in prison and died of cancer in 2002.

On Wednesday, hours before Cali was killed, the reputed boss and consigliere of the Bonanno crime family were acquitted in a Brooklyn racketeering and extortion case. In October, reputed Bonanno associate Sylvester Zottola was fatally shot while waiting for a cup of coffee at a McDonald's drive-thru in the Bronx.

Also this week, prosecutors in Brooklyn announced a case against a Gambino associate accused of killing a suspected loanshark affiliated with the Lucchese crime family.

Last week, the longtime boss of the Colombo crime family, 85-year-old Carmine "the Snake" Persico, died at a North Carolina hospital near the federal prison where he had been serving what was effectively a life sentence. Persico was convicted in a 1986 case overseen by then-U.S. Attorney Rudy Giuliani.

Cali's only mob-related criminal conviction came a decade ago, when he pleaded guilty in an extortion scheme involving a failed attempt to build a NASCAR track on Staten Island. He was sentenced to 16 months behind bars and was released in 2009.

In that case, authorities intercepted conversations shedding light on his quiet underworld command. At a 2008 bail hearing, a prosecutor said Cali was seen "as a man of influence and power by organized crime members in Italy."

Karen Matthews contributed to this report.