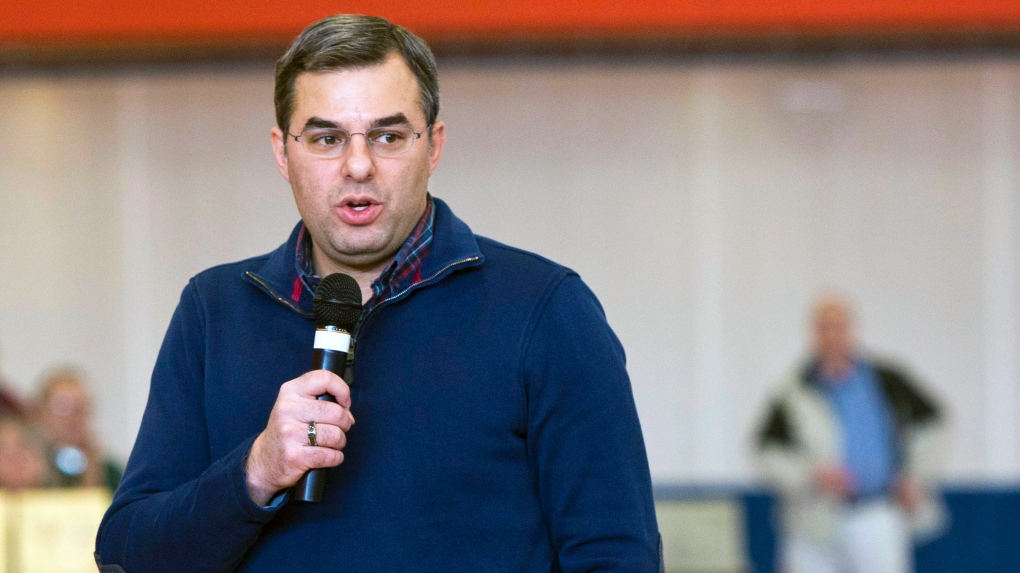 But House Intelligence Committee Chairman Adam Schiff nevertheless warned that Democrats were still on that potential path to force White House co-operation with the various congressional investigations into Trump's conduct.

"It provides an additional tool," the California Democrat said. "What we have been doing is we have been gradually escalating the tactics we need to use to get information for the American people. So we began by asking for voluntary co-operation, and that was not forthcoming. We followed with subpoenas, we followed with contempt. We may follow with inherent contempt, and we may have to follow with impeachment."

Amash, R-Mich., on Saturday became the first member of Trump's party on Capitol Hill to accuse him of engaging in "impeachable conduct" stemming from special counsel Robert Mueller's lengthy investigation into Russian meddling in the 2016 presidential election. He's often a lone GOP voice in Congress.

On Sunday, Trump blasted Amash as a "loser who sadly plays right into our opponents hands!"

"Never a fan of @justinamash, a total lightweight who opposes me and some of our great Republican ideas and policies just for the sake of getting his name out there through controversy," Trump tweeted.

Never a fan of @justinamash, a total lightweight who opposes me and some of our great Republican ideas and policies just for the sake of getting his name out there through controversy. If he actually read the biased Mueller Report, “composed” by 18 Angry Dems who hated Trump,....

Still, Schiff said it remained unlikely that an impeachment trial would succeed in the Republican-controlled Senate. "We see no signs of that yet," he said. If Democrats are forced to pursue impeachment proceedings, Schiff added, it "has less to do with Justin Amash and more to do with the fact that the administration is engaging in a maximum obstructionism campaign against Congress."

Democrats who control the House are locked in a bitter standoff with the White House as it ignores lawmakers' requests for the more complete version of Mueller's report, the underlying evidence and witness testimony. Some Democrats wants the House to open impeachment hearings, but Speaker Nancy Pelosi, D-Calif., has resisted, saying impeachment must be bipartisan.

Schiff has said his panel will be taking an "enforcement action" against Attorney General William Barr or the Justice Department after they refused to hand over an unredacted version of Mueller's report and other documents. Schiff hasn't said what that action would be. Options could include voting to recommend Barr be held in contempt of Congress, as the Judiciary Committee has done, among others.

Mueller found no criminal conspiracy between Trump's presidential campaign and Russia, but left open the question of whether Trump acted in ways that were meant to obstruct the investigation. Barr later said there was insufficient evidence to bring obstruction charges against Trump.

"Justin Amash has reached a different conclusion than I have," Romney said. "I don't think impeachment is the right way to go."

Schiff spoke on CBS' "Face the Nation" and Romney was on CNN's "State of the Union."