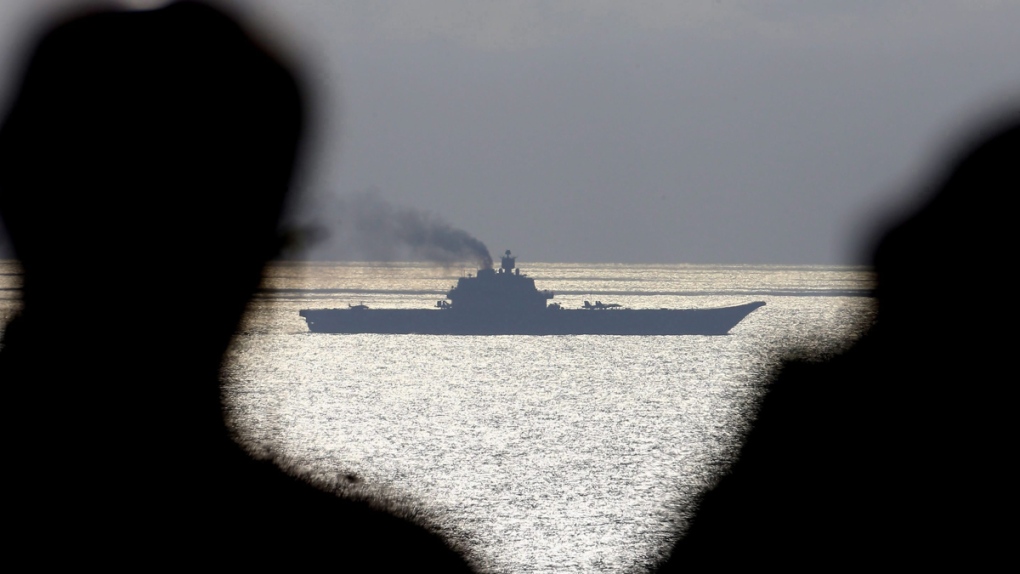 Russia's Northern Fleet said earlier that two service members sustained injuries before the blaze on the Admiral Kuznetsov was contained.

The Russian Emergencies Ministry branch in the northern city of Murmansk, where the ship has been docked since April 2018, refused to comment on the number of injuries during a phone call with The Associated Press.

The Admiral Kuznetsov was undergoing an upgrade when the fire started amid welding work on Thursday morning.

Crew members and civilian specialists were aboard the carrier at the time but have since been evacuated, dockyard representatives said.

The damage to the ship will be assessed later, the chief of the United Shipbuilding Corporation said.

The Admiral Kuznetsov was used in the Mediterranean Sea to launch carrier-borne Russian combat missions on targets in Syria.

The fire is the second major emergency on the ship since it docked for repairs. In October 2018, a crane collapsed on the carrier's deck, injuring four people.