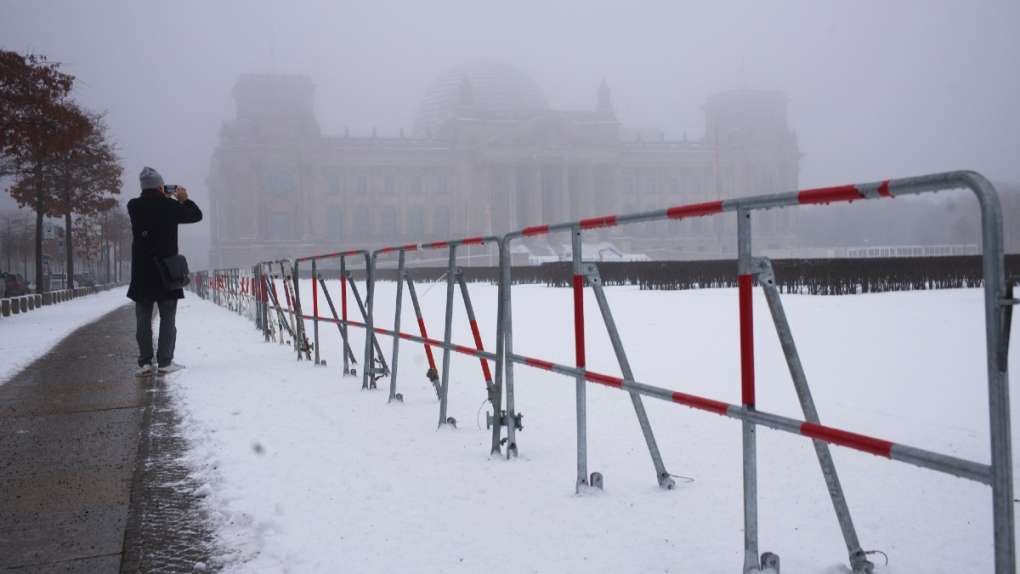 A man takes a photo of the Reichstag, the German parliament Bundestag building on a rainy and foggy day in Berlin, Germany, on Feb. 16, 2021. (Markus Schreiber / AP)

The move by the Federal Office for the Protection of the Constitution, known by the initials BfV, comes more than two years after it announced it was examining public comments by party members and links to extremist groups more closely.

In January 2019, the agency put the the youth wing of the party, known as AfD, as well as a party faction linked to a prominent leader in eastern Germany, Bjoern Hoecke, under covert surveillance over extremism allegations.

At the time, the BfV cited the youth organization's stated goal of creating an ethnically pure country and efforts by Hoecke's faction -- known as "The Wing" -- to downplay Germany's Nazi past. The Wing has also suggested it might pursue "revolutionary" means to achieve its political aims, warranting scrutiny from the BfV, which is tasked with monitoring all extremist organizations in the country.

The BfV refused to comment on Wednesday's media reports from the dpa news agency, ARD public television and Der Spiegel magazine. The Interior Ministry, which oversees the agency, said it could neither confirm nor deny them, but was preparing a statement for later in the day.

AfD co-chairman Tino Chrupalla accused the BfV of leaking the information to the media in an attempt to influence opinion about the party.

"The behaviour of the BfV is scandalous," he told dpa.