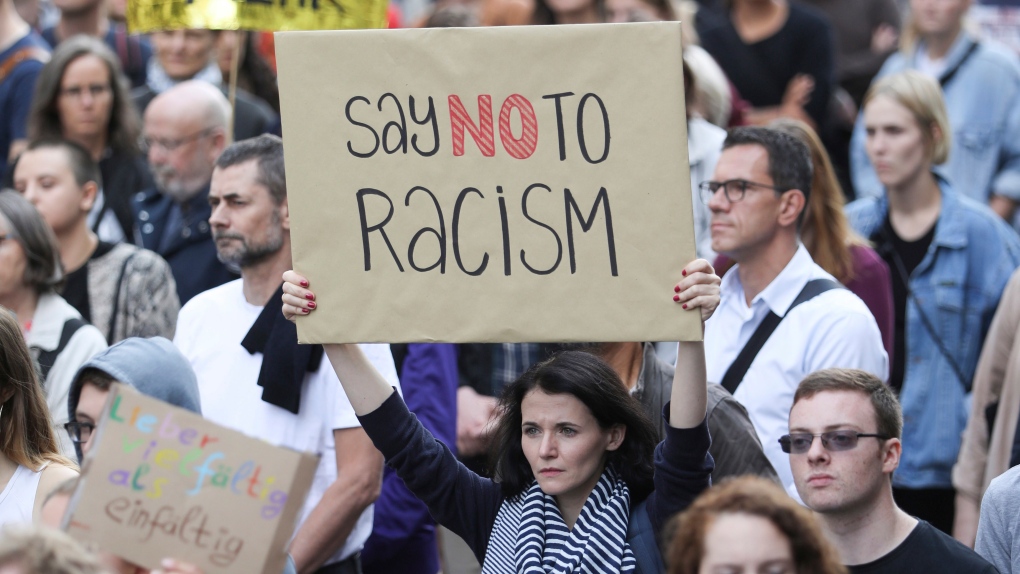 People attend a demonstration against racism in front of the state agency of the German state of Saxony in Berlin, Germany, Aug.31, 2018. Anger over the suspected killing of a man by two refugees has sparked days of protests in the eastern German city of Chemnitz. (Joerg Carstensen/dpa via AP)

BERLIN -- The number of suspected far-right incidents in the German military surged to 477 last year from 363 in 2019, parliament's commissioner for the military said Tuesday.

Eva Hoegl stressed as she presented her annual report that "soldiers are not under general suspicion and the absolute majority does a responsible job every day."

But she said the number of incidents involving far-right extremism are a source of concern and show that "there's a lot to do."

"There's no place for far-right extremism in the army," Hoegl wrote in the report. "We need investigations, sanctions and prevention -- in a consistent, complete and fast way."

Hoegl demanded that more staff be hired to speed up investigations.

The report comes at a time of broader concerns that Germany has not done enough to tackle right-wing extremism within its Bundeswehr military in general. The country's special forces, the KSK, have faced particular scrutiny after numerous allegations of far-right extremism in recent years.

As a consequence of far-right scandals involving the special forces, the defence minister disbanded one of the KSK's units in July and vowed to to further investigate extremism and implement reforms.

The rise in far-right extremism in the army mirrors a growing overall number of anti-Semitic, anti-migrant or homophobic attacks in Germany.