Queen Victoria's clothes have been found, and they're being sold at auction 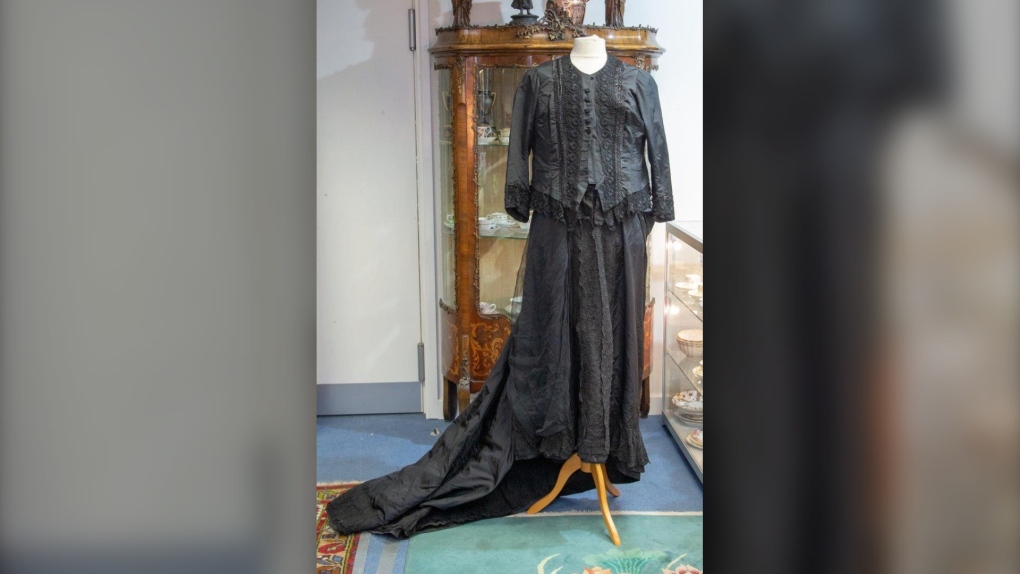 Clothing that once belonged to Queen Victoria is being sold at auctions. (Hansons Auctioneers)

Items from an outfit that once belonged to Queen Victoria were found in a cabinet more than 100 years after they were placed there.

Now they are going up for auction.

The collection, including a skirt, bodice, bloomers, stockings and boots, were found by 63-year-old electrical engineer Roderick Williams. Williams said his great-great-grandfather, Alexander Lamont Henderson, was a royal photographer who took pictures of Victoria.

He thinks the clothes were given to Henderson in return for his photography. They were then passed down from generation to generation in his family.

"In 1884, Alexander received a Royal Warrant and moved to London. The warrant allowed him to capture everyday royal life and he was also responsible for processing royal portraits on to enamel for use in jewelery," Williams told the English auction company Hansons Auctioneers, according to a statement on the company's website.

The items also include a chemise, cream and red stockings, a black shirt and two pairs of leather boots, which were made by shoemaker J. Sparks-Hall of London. Sparks-Hall is credited with designing the still-popular Chelsea boot.

"As an auctioneer it's always wonderful to handle living history," he said. "Famously, after the death of her beloved husband Prince Albert in 1861, she wore black for the rest of her life and the bodice and skirt we're selling are black."

Queen Victoria's clothing and boots will be sold at Hansons Auctioneers in Etwall, England, on Tuesday.