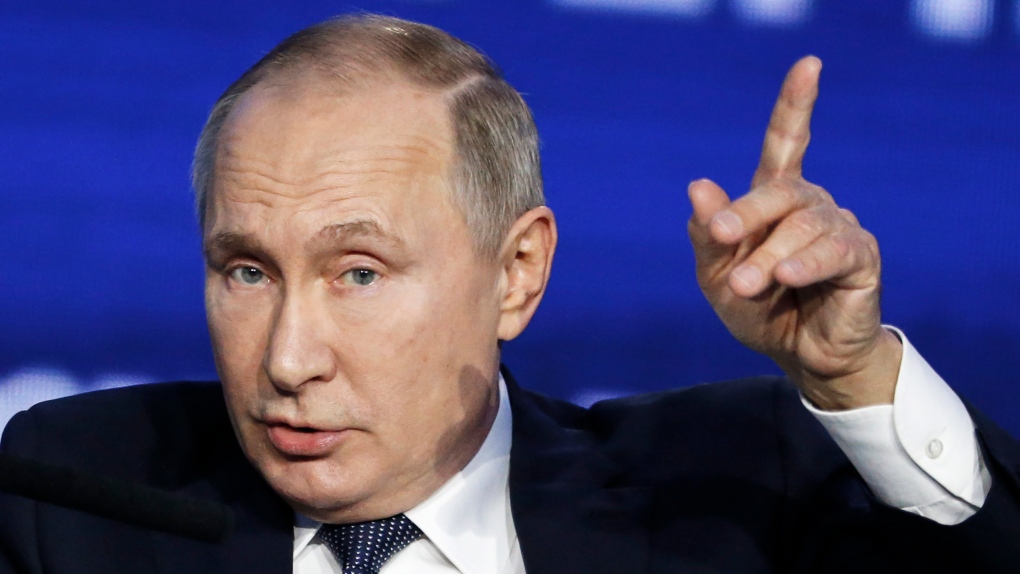 MOSCOW - Russian President Vladimir Putin says he's pleased that the "political battles" in Washington have put on the back-burner accusations that Russia interfered in U.S. elections.

"Thank God," he told an economic forum in the Russian capital on Wednesday, "no one is accusing us of interfering in the U.S. elections anymore; now they're accusing Ukraine."

Some Republicans have used the public hearings to tout a discredited conspiracy theory that blames Ukraine, not Russia, for interfering in the U.S.'s 2016 presidential election.

In the impeachment hearings, Democrats in Congress say U.S. President Donald Trump pressured his Ukrainian counterpart, Volodymyr Zelenskiy, to investigate former U.S. Vice-President Joe Biden while withholding U.S. military aid to Kyiv, and argue that may be grounds for removing Trump from office.

Impeachment hearings takeaways: 'Everyone was in the loop'

'I am an American,' Vindman reminds Trump allies in hearing

Impeachment hearings takeaways: 'Everyone was in the loop'

Diplomat says of Trump Ukraine call: 'I remember it vividly'