Protesters gather as G7 leaders set to arrive in Germany 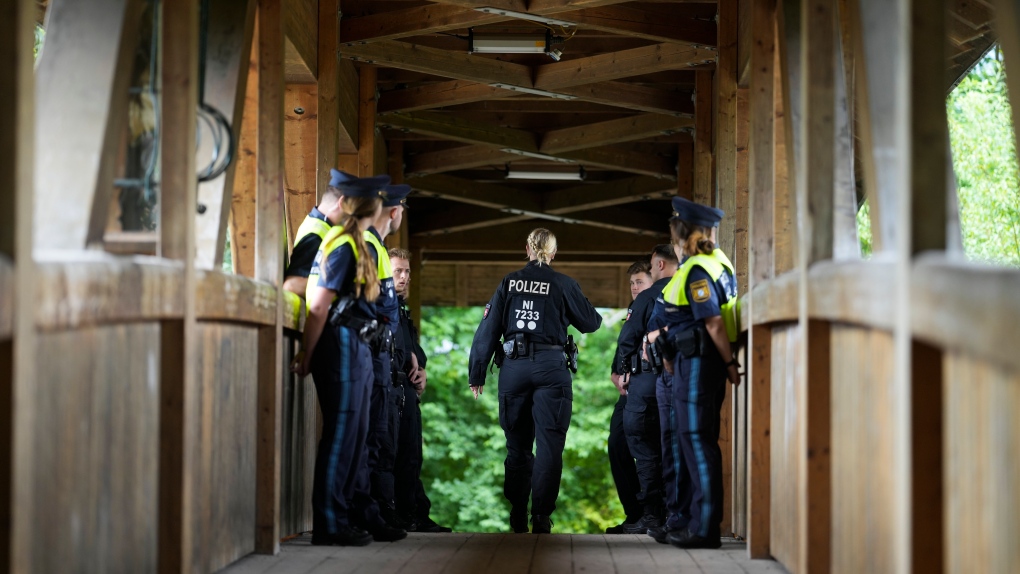 MUNICH -- About 3,500 protesters gathered in Munich on Saturday as the Group of Seven leading economic powers prepared to hold their annual gathering in the Bavarian Alps in Germany, which holds the G7's rotating presidency this year.

Police said earlier they were expecting some 20,000 protesters in the Bavarian city, but initially fewer people showed up for the main protest which started at noon, the German news agency dpa reported.

Fifteen groups critical of globalization, from Attac to the environmental organization WWF, will participate in the demonstrations. Their various demands include a phaseout of fossil fuels, the preservation of animal and plant diversity, social justice on the planet and a stepped-up fight against hunger.

"My demands for the G7 are, that they have a clear commitment to energy transition, that is the exit from fossil fuels, all forms of fossil fuels, by 2035 at the latest, so we can stop financing wars and conflicts," said Kilian Wolter from the environmental group Greenpeace who participated in the protest on Munich's Theresienwiese lawn in the city centre.

"We need concrete action to cope with multiple crises of our times," Oxfam spokesman Tobias Hauschild told The Associated Press. "That means the G7 have to act immediately. They have to fight hunger, inequality and poverty."

"I expect all demonstrators to protest peacefully, not to hurt anyone and not to destroy any cars or stores," Interior Minister Nancy Faeser told news portal t-online.

A total of around 18,000 police officers are deployed around the summit site and the protests.

The G7 leaders – from the United States, Britain, Canada, France, Germany, Italy and Japan – are expected to start arriving in Germany on Saturday afternoon and will tackle issues such as Russia's war on Ukraine, climate change, energy and the looming food security crisis.

"Russia's brutal war against Ukraine is also having an impact here," German Chancellor Olaf Scholz said in his video podcast on Saturday referring to rising prices for groceries, gas and energy.

The chancellor said the G7 leaders would discuss the current situation triggered by the war "and at the same time ensure that we stop manmade climate change."

The G7 summit will take place in Bavaria's Elmau from Sunday through Tuesday. After the meeting concludes, leaders of the 30 countries in the NATO alliance will then gather for their annual summit, which is being held Wednesday through Thursday in Madrid.