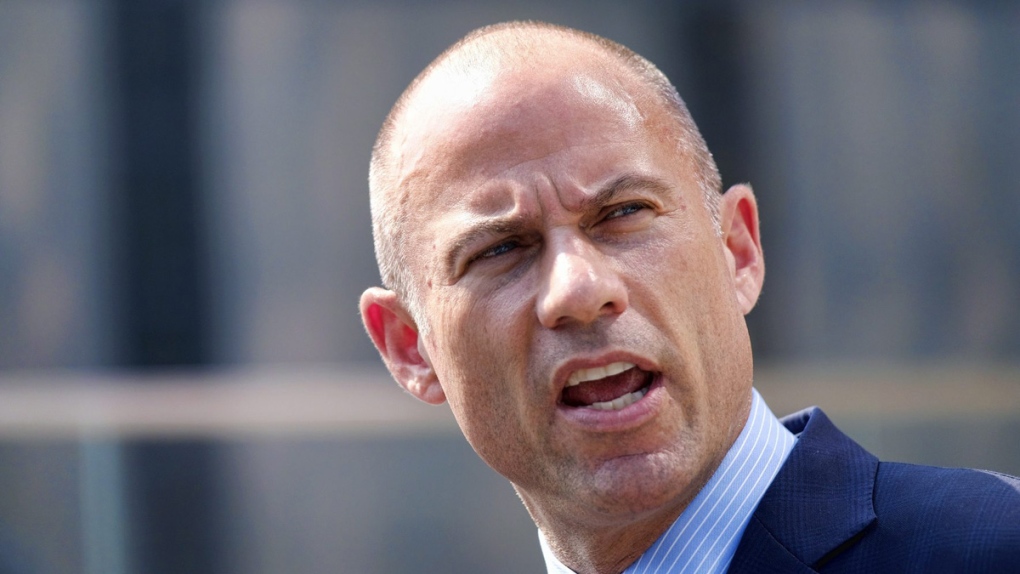 NEW YORK -- Prosecutors urged a judge Wednesday to impose a "very substantial" prison sentence on Michael Avenatti for trying to extort millions of dollars from Nike.

"The defendant, a prominent attorney and media personality with a large public following, betrayed his client and sought to enrich himself by weaponizing his public profile in an attempt to extort a publicly-traded company out of tens of millions of dollars. This was an egregious abuse of trust, and it warrants real and serious punishment," prosecutors wrote.

The government said Avenatti, representing the director of a youth basketball program in Los Angeles, tried to force the apparel maker to pay him up to US$25 million to keep him quiet about allegations of corruption involving Nike and college athletics.

Avenatti, 50, was convicted at trial last year. In a pre-sentence submission last week, his lawyers urged leniency, saying six months in prison and a year of home detention would be sufficient punishment.

Prosecutors attached victim impact statements from Nike and Avenatti's former client, Gary Franklin Sr. They urged the judge to order Avenatti to pay $1 million in restitution to Nike for its legal fees.

In a victim impact statement, Nike's lawyers wrote that Avenatti did considerable harm to the company when he followed through on threats to cause Nike billions of dollars in losses by falsely alleging in a tweet prior to his arrest that criminal conduct at the company reached the "highest levels." Nike's stock price immediately dropped a dollar, representing $300 million, they said.

"Nike executives were shocked," the lawyers wrote. "Nike had made a decision to not pay Mr. Avenatti, and now they were watching as he carried out what he had criminally threatened to do."

They said Avenatti issued a "daily barrage of Twitter posts" for weeks after his arrest, "leveling provably false accusations against Nike and the high school athletes who competed in Nike's grassroots program."

In his victim impact statement, Franklin said Avenatti's actions "devastated me financially, professionally, and emotionally" and he asked the sentencing judge to consider that in deciding punishment for a man who never apologized to him.

"The actions of Mr. Avenatti have destroyed my reputation in my community. Enrollment in my club is at a record low. I no longer feel welcome in places I once felt comfortable. I have struggled with my mental health. My family has suffered. Because of Mr. Avenatti's actions, this `scandal' is now the first result when you Google my name," he wrote.

Last week, Avenatti's lawyers said their client deserved leniency in part because nobody lost money from the crime, he had suffered enormous public shame and a recurrence was impossible since Avenatti will never practice law again.

"He cannot go anywhere in public without inducing and subjecting himself to vitriolic comments and abuse. These circumstances alone would deter anyone in Avenatti's shoes from engaging in similar conduct," they wrote.

A message seeking reaction to Wednesday's filings was sent to Avenatti's lawyers.

Later this year, Avenatti faces trial in Los Angeles federal court on charges alleging he cheated clients and others out of millions of dollars.

Early next year, he is scheduled to go to trial in Manhattan on charges that he defrauded Daniels out of hundreds of thousands of dollars she was owed for a book deal. He has pleaded not guilty to all charges.