Proposed railroad between Alberta and Alaska gets thumbs-up from Trump 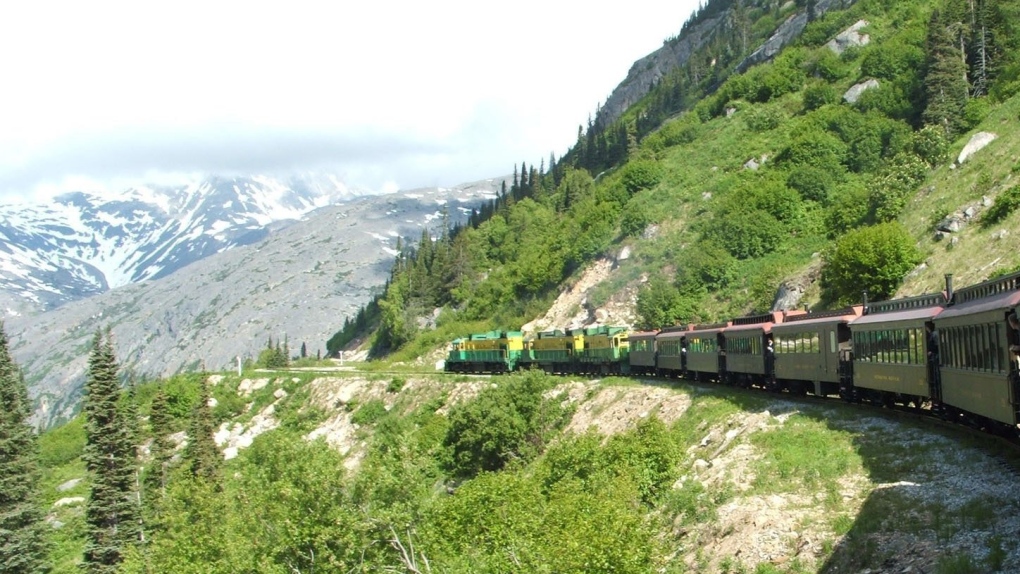 A train is shown travelling along the tracks near Skagway, Alaska in this 2005 file photo. (AP / Joe Kafka)

TORONTO -- U.S. President Donald Trump says he is on board with a proposed rail line to connect Alberta and Alaska.

The president tweeted Saturday that he "will be issuing a Presidential Permit" approving the so-called Alaska to Alberta Railway.

Pushing for the railroad since 2015 has been the Alaska – Alberta Railway Development Corporation, which says on its website that it would provide North American goods with another route to emerging markets in Asia.

As proposed by the development corporation, the $22-billion rail line would run for 2,570 kilometres between Fairbanks, Alaska and the oil hub of Fort McMurray, Alta. It would connect to the existing Alaska Railway, which reaches the port city of Anchorage, as well as the larger North American rail network through Alberta.

The proposal calls for the railway to be privately funded and privately owned.

The U.S. only has jurisdiction over a small segment of the proposed railroad – about one-eighth of its total length – running southeast from Fairbanks to the Yukon border.

Canadian authorities control the fate of the rest of the line, which, if built, would slice across Yukon and the southern border of the Northwest Territories before heading southeast to Fort McMurray.

Environmental assessments have not yet been completed at the federal, provincial or territorial levels, although the development corporation said in a July press release that it had hired an engineering firm to begin surveying work along the proposed Alberta portion of the route.

Environmental reviews and land acquisition must also be completed in the U.S. before the railroad can become a reality.

Based on the strong recommendation of @SenDanSullivan and @repdonyoung of the Great State of Alaska, it is my honor to inform you that I will be issuing a Presidential Permit for the A2A Cross-Border Rail between Alaska & Canada. Congratulations to the people of Alaska & Canada!