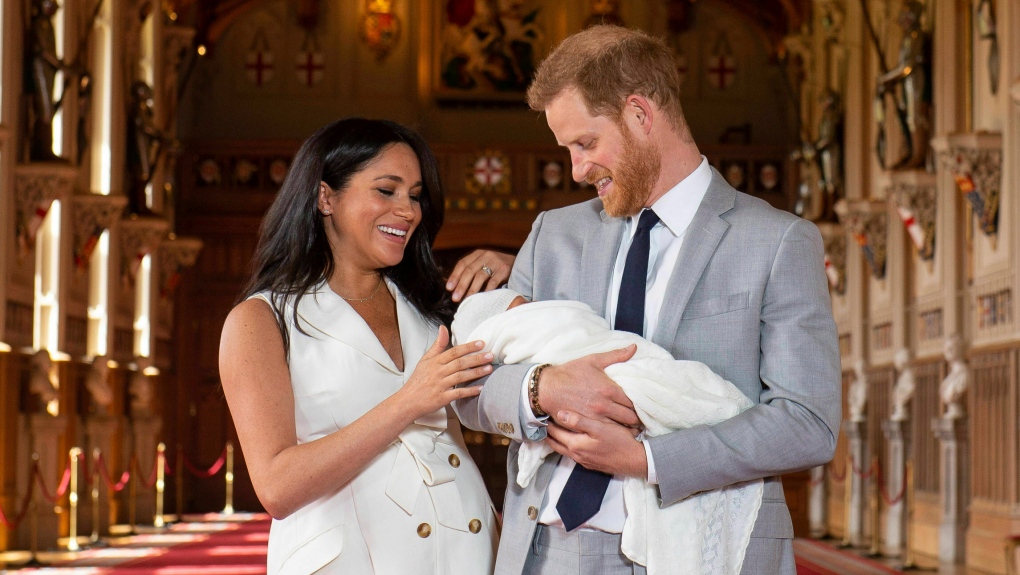 Prince Harry and Meghan, Duchess of Sussex, during a photocall with their newborn son, in St George's Hall at Windsor Castle, Windsor, south England, Wednesday May 8, 2019. (Dominic Lipinski/Pool via AP)

LONDON -- Buckingham Palace says that the Duke and Duchess of Sussex will not reveal the names of the godparents of their son Archie when he is christened this weekend.

The palace said in a statement Wednesday that the christening at Windsor Castle on Saturday will be private and that "the godparents, in keeping with their wishes, will remain private."

The decision sparked controversy in Britain's media on Thursday, in part because the royal couple's home was renovated with 2.4 million pounds ($3.06 million) of taxpayer money. Anti-monarchy campaign group Republic questioned why so much money was spent at a time when public services are under financial pressure.

Critics suggest that occasions like christenings should be public, but Prince Harry and his wife Meghan have repeatedly signalled that they're entitled to privacy.