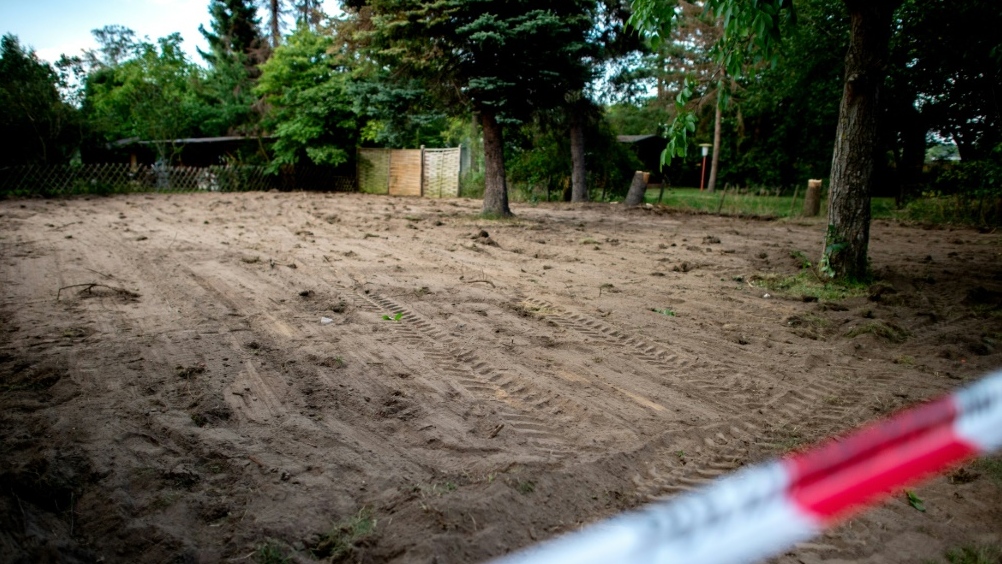 Investigators dug up a garden allotment in Hanover connected to the suspect. (AFP)

LUXEMBOURG, LUXEMBOURG -- The prime suspect in the disappearance of British toddler Madeleine McCann on Thursday lost his bid to be freed from jail, with the European Court of Justice rejecting his appeal against a separate rape conviction.

German police investigating a suspect identified as Christian B. believe he had killed McCann, whose disappearance in 2007 had sparked a huge international manhunt.

The German man's challenge had been against a conviction in Germany for the rape of a 72-year-old woman in Portugal in 2005.

While the case before the ECJ is separate to the inquiry into McCann's disappearance, investigators in Germany were watching the case anxiously as it has a bearing on whether the suspect could be released from prison in the coming months.

With Thursday's ruling, the ECJ dealt a huge blow to the 43-year-old suspect's hopes to be freed.

It found the rape conviction justified because Italian authorities, who had arrested and handed the him over to German authorities, had given their consent for him to be prosecuted for that case.

Christian B., who has a string of convictions for different crimes, is now serving his sentence for drug trafficking in the northern German city of Kiel which ends on January 7, 2021.

He had applied for early release and could have been freed if the separate sentence over the rape in Portugal was thrown out by the ECJ.

Thursday's ruling would therefore mean that when the jail term for drug trafficking ends, the prison time for rape would then follow.

McCann, known as Maddie, went missing from her family's holiday apartment in the Portuguese holiday resort of Praia da Luz on May 3, 2007, a few days before her fourth birthday, as her parents dined with friends at a nearby tapas bar.

Her case sparked an international search and outcry, but no trace of her has been found, nor has anyone been charged over her disappearance.

But in June, German prosecutors made the stunning announcement that they were investigating a 43-year-old German man in connection with the case, saying they have "concrete evidence" he had killed Maddie.

British police are however still treating her disappearance as a missing persons case.

German police said the suspect, a white man with short blond hair, lived in the Algarve region of Portugal between 1995 and 2007.

He made a living doing odd jobs in the area where Madeleine was taken, and also burgled hotel rooms and holiday flats.

Police are not ruling out that Christian B. may have broken into the McCanns' flat for a robbery before spontaneously taking the girl.

Since investigators went public with their appeal for information about the suspect, a string of cold cases over rape and murders have been reopened across Europe over any possible connection with the German man.

Belgium is reexamining the 1996 murder of a German teenager who was found dead and mutilated in the resort town of De Haan on the Belgian coast.

In the Netherlands, investigators are taking a closer look at the unexplained disappearance in 1995 of Jair Soares, a seven-year-old Portuguese child.

German investigators are also looking at the unsolved rape of an Irishwoman in Portugal in 2004.

The woman came forward after seeing pictures of the suspect in the media.