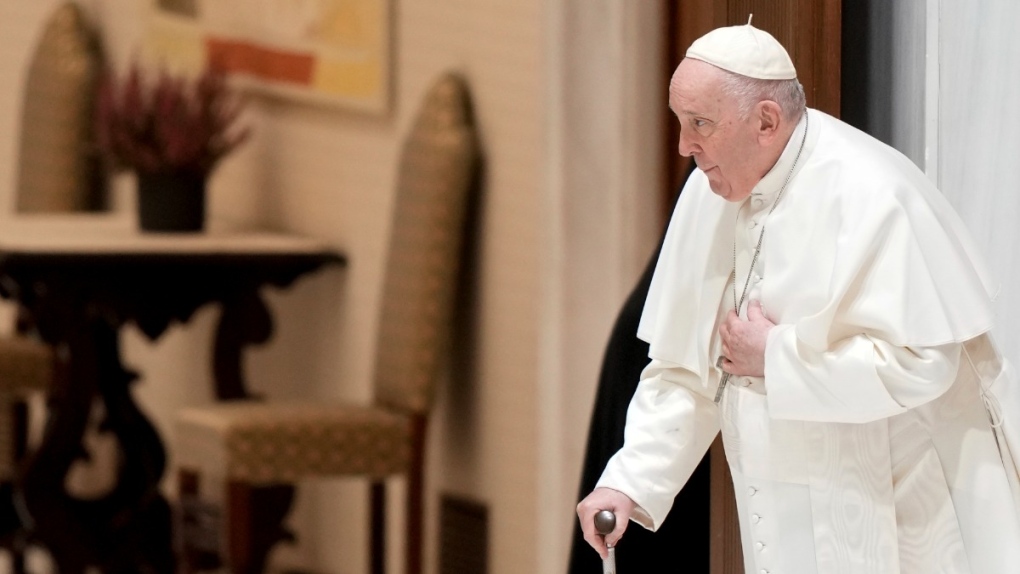 Pope Francis has warned there's a risk that a reform process in the German Catholic Church over calls for married priests and other possible liberalizing reforms might become harmfully "ideological."

In an interview with The Associated Press at the Vatican on Tuesday, Francis was asked about the process in Germany, where Catholic bishops and representatives of an influential lay organization are addressing what would be revolutionary reforms for the church if they were to be realized. Under consideration in the process are married priests, female deacons, and church blessings for same-sex couples.

In the interview, the pope said that while dialogue is good, "the German experience does not help."

He said the process to date has been led by the "elite" because it doesn't involve "all the people of God." Francis says the goal must always be unity.

The German process, dubbed the "Synodal Path," was launched in 2019 in response to the sex abuse crisis rocking the church in Germany, where Christians are roughly evenly split between Catholics and Protestants.

Francis said the German process is neither helpful nor serious, and contrasted it with a global consultation of the Catholic faithful that he has convened that will culminate with two big meetings at the Vatican this October and next.

"Here the danger is that something very, very ideological trickles in. When ideology gets involved in church processes, the Holy Spirit goes home, because ideology overcomes the Holy Spirit," Francis said.

For the global Catholic Church, Francis has called for a two-part synod, or assembly, that will bring bishops and laity to discuss the future direction of the church and ways in which it can rejuvenate its mission.

While plainly critical of how the German bishops are engaging with representatives of the lay organization known as the Central Committee of German Catholics, Francis struck a hopeful note in the interview.

"We must be patient, dialogue and accompany these people on the real synodal path," Francis said, referring to his global consultation. The aim, he said, is to "help this more elitist (German) path so that it does not end badly in some way, but so is also integrated into the church."

In his nearly 10-year-old papacy, Francis has raised hopes among some liberal Catholics that he might revise the church's teaching on moral or social issues such as homosexuality. Yet while Francis has exhorted parents never to "condemn" gay children, he upholds the church's assertion that homosexual activity is sinful. In 2021, the Vatican said the church won't bless same-sex unions because God "cannot bless sin."

In the interview, Francis didn't delve into specifics of calls for reform being addressed by the German bishops.

A few months ago, a Synodal Path assembly failed to approve a text calling for the liberalization of teaching on sexuality because it did not get the necessary support of two-thirds of the German bishops. That was indication the German church is conflicted over pressures to push for reforms and divisions in the church they could trigger.