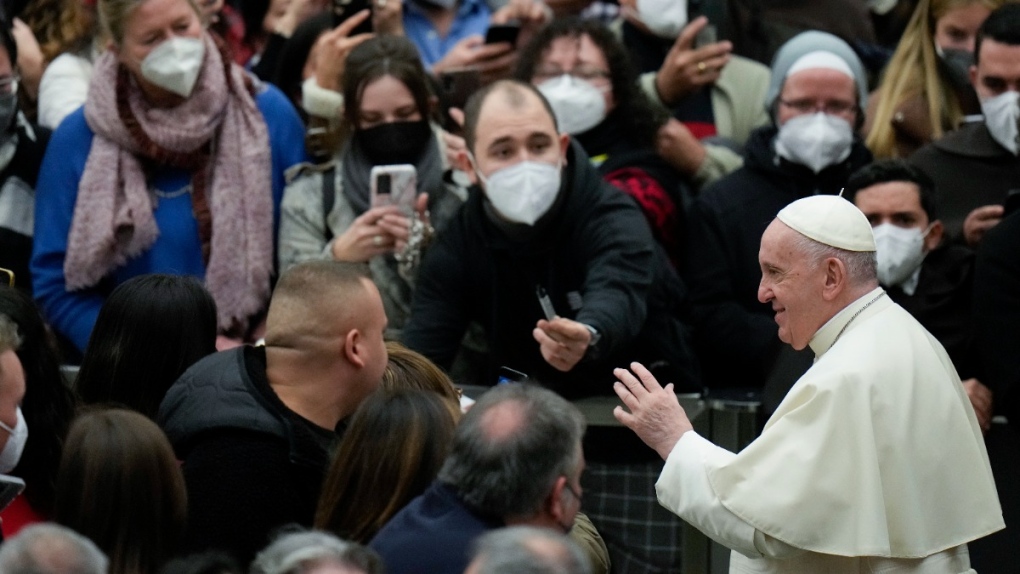 Pope Francis vowed Friday to provide justice to victims of clergy sexual abuse and German authorities called for further investigation after an independent audit faulted retired Pope Benedict XVI for having botched four cases of abuse when he was archbishop of Munich, Germany.

The fallout from the report continued to reverberate Friday as church officials digested the findings that a pope credited with having turned the Vatican around on the abuse issue had in fact mishandled cases earlier in his career.

One day after the report's release, Francis met with the members of the Vatican office that handles sex abuse cases in a previously scheduled audience. The Congregation for the Doctrine of the Faith was headed by Cardinal Joseph Ratzinger for nearly a quarter-century before he became Pope Benedict XVI in 2005.

In his speech, Francis didn't refer to the findings of the report into how the Munich archdiocese handled abuse cases from 1945 and 2019. Ratzinger was archbishop there from 1977-1982.

But Francis said the church was continuing to discern the way forward in the abuse scandal, which has discredited the Catholic hierarchy at the Vatican and around the world.

"The church, with God's help, is carrying out the commitment with firm determination to do justice to the victims of abuse by its members, applying with particular attention and rigor to the canonical legislation envisaged," Francis told the group.

He recalled he had recently updated the Vatican norms to handle abuse cases to make them more effective.

"This alone cannot be enough to stem the phenomenon, but it is a necessary step to restore justice, to repair scandal and reform the offender," he said.

The German report prepared by an independent law firm found that Ratzinger mishandled four cases of abusive clergy during his tenure as archbishop. Until Thursday, only one known case implicating his Munich tenure had been made public; the report found that the church's claim that Ratzinger was unaware of the priest's background lacked credibility.

Prosecutors in Munich said Friday they are examining 42 cases of possible wrongdoing by church officials arising from Thursday's report. Spokesperson Anne Leiding told German news agency dpa that the cases were referred to them by the law firm that prepared the report last year.

If any suspicion of "possible criminally relevant behaviour" emerges from the examination, Leiding said, prosecutors will seek further details from the law firm.

The law firm said on Thursday that the cases involve living officials who are still in office.

Chancellor Olaf Scholz's spokeswoman, Christiane Hoffmann, said Friday it was "urgent that these matters be fully investigated and a comprehensive reappraisal be carried out."

The report makes "the extent of the abuse and breach of duty by church dignitaries shockingly clear." she said.

"It is crucial that confidence in the process of coming to terms with the past is strengthened in the Catholic Church and by individual dignitaries," she said.

The Vatican didn't immediately comment on the report, saying it would read it carefully in the coming days. Benedict's longtime secretary, Monsignor Georg Gaenswein, also said the retired pope hadn't yet read the report, but would.

Benedict, who provided information to the report's authors, expressed his upset and shame about the scandal, Gaenswein said.

Benedict's legacy as pope had already been coloured by the 2010 global eruption of the clergy abuse scandal, even though as a cardinal he was responsible for turning around the Vatican's approach to the issue.

Ratzinger took the then-revolutionary decision in 2001 to assume responsibility for processing abuse cases after he realized bishops around the world weren't punishing abusers but were just moving them from parish to parish and enabling them to rape again.

That decision, however, came after Ratzinger was still sitting on cases at the Vatican. Years ago documentation emerged showing that Ratzinger in 1985 dithered on a case of a convicted child molester in California who asked to be defrocked, delaying any action for two years.

The case of the Rev. Stephen Kiesle was evidence that the Vatican under St. John Paul II strongly resisted letting priests leave active ministry, even if they were convicted rapists.

A fellow German and one of Ratzinger's successors at the Congregation for the Doctrine of the Faith, Cardinal Gerhard Mueller, dismissed the report's findings, suggesting they were ideologically motivated to attack Ratzinger and saying if there were errors in the handling of cases, Ratzinger didn't know about them.

He noted that in the 1970s and 1980s, neither the church nor society at large handled child sex abusers properly.

"It was thought that therapy could resolve the problem. Today we know that this is useless for these criminals," he said.