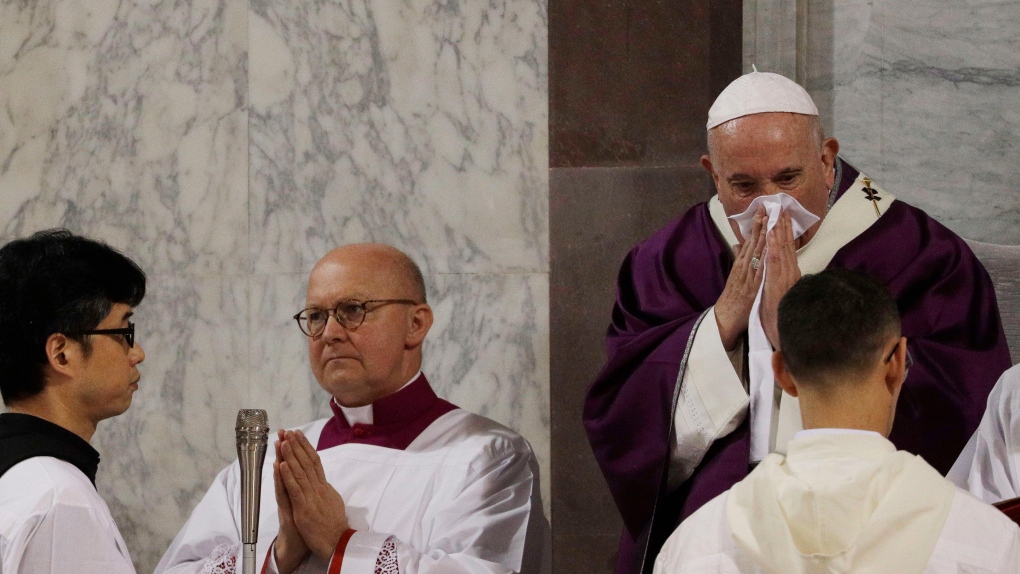 VATICAN CITY -- Pope Francis cancelled his official audiences Friday after apparently coming down with a cold.

The Vatican said the 83-year-old pontiff celebrated morning Mass as usual and greeted participants at the end. He planned to keep his private meeting schedule as planned, but decided to cancel the official audiences, the Vatican said.

The Vatican hasn't said what exactly Francis has come down with, but he was coughing and blowing his nose during Ash Wednesday Mass this week.

On Thursday, he cancelled a planned trip across town to celebrate Mass with Rome priests.

His illness comes amid an outbreak of the coronavirus in Italy that has sickened more than 650 people, almost all of them in the north. Rome had three cases, but all three recovered.

The Argentine pope has generally enjoyed good health. He lost part of one lung as a young man because of a respiratory illness, and suffers from sciatica, which makes walking difficult.