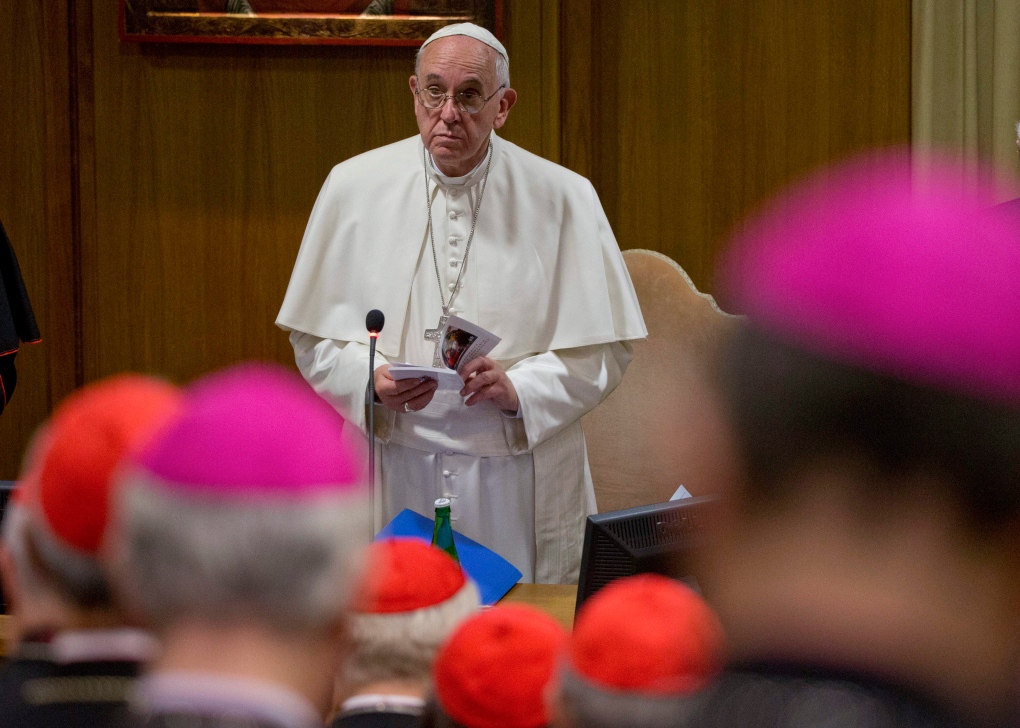 Pope Francis holds a prayer book as he opens a morning session of the two-week long Synod of bishops, at the Vatican, Tuesday, Oct. 6, 2015. (AP/Alessandra Tarantino)

VATICAN CITY -- Pope Francis sought Tuesday to assure conservatives that Catholic doctrine on marriage is safe, as a three-week meeting of bishops began hashing out how the church should welcome gays, divorcees and other Catholics in "irregular" unions.

Francis took the floor Tuesday morning after the meeting's first day was marked by a speech from the synod manager, Hungarian Cardinal Peter Erdo, in which he closed the door on any movement on whether Catholics remarried outside the church could receive Communion.

Francis told the 270 cardinals and bishops that the issue wasn't the only one on the table and that church doctrine was never up for question. But he also seemed to discount Erdo's commentary by saying the only "official" documents heading into the debate were a final report issued from a big meeting of bishops last year, where the issue of Communion was left up in the air, and two of his speeches.

The Vatican spokesman, the Rev. Federico Lombardi, echoed that by noting that the synod is debating a papally approved working text, where the question of Communion for civilly remarried Catholics is still open.

"There was the affirmation of the pope on what Catholic doctrine on matrimony is," Celli told reporters. "But I believe that if the work of the 'fathers' ended with yesterday morning's speech (by Erdo), what are we doing here?"

Church teaching holds that Catholics who divorce and remarry without a church annulment are committing adultury and therefore cannot receive the sacraments. Francis has called for a more merciful, inclusive approach in the church's pastoral care, but conservatives insist Catholic doctrine is clear.