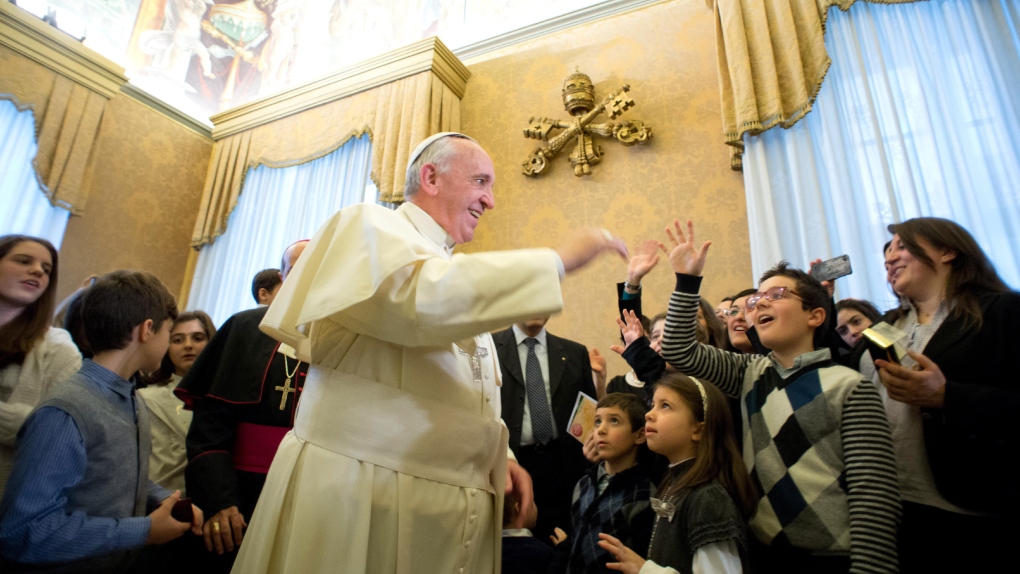 Pope Francis is greeted by children during an audience with a delegation of youths of the Italian Catholic Action Association the Vatican, Friday, Dec. 20, 2013. (L'Osservatore Romano)

VATICAN CITY -- Pope Francis has made an amateur video praising the world's "cartoneros" -- the poor people who pick through garbage to find recyclable and reusable goods. He says their work is dignified and good for the environment.

Francis recorded the video Dec. 5 while meeting with members of the Excluded Workers' Movement of his native Argentina, which released the video this week at an annual meeting of trash recyclers.

Francis, known for his simple habits, has denounced today's "throw-away culture" and said in the video that food that is tossed aside each day could feed all the world's hungry.

Francis has a long relationship with Argentina's "cartoneros" -- literally "cardboard people." He would celebrate Mass for them as archbishop and invited them on stage during World Youth Day in July.