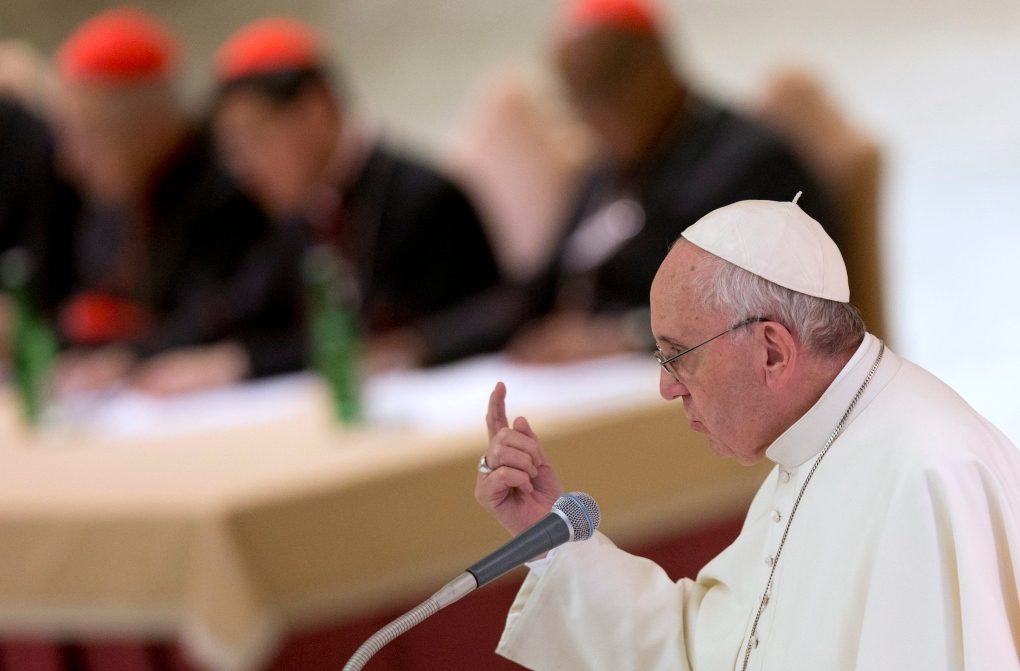 Pope Francis delivers his speech during a meeting marking the 50th anniversary of the creation of the Synod of Bishops, in the Paul VI hall at the Vatican, Saturday, Oct. 17, 2015. (AP/Alessandra Tarantino)

VATICAN CITY - Pope Francis has called for a Catholic Church that is far more decentralized, where the laity play a greater role, bishops conferences take care of certain problems and even the papacy is rethought.

Francis issued the call during a ceremony Saturday marking the 50th anniversary of the institution of the Synod of Bishops, a consultative body formed during the Second Vatican Council that was intended precisely to encourage more collegiality in the running of the church by inviting bishops to offer their advice to Rome.

Over the past five decades, the synod has been little more than a talk-fest. Francis has sought to re-energize it, and the contentious meeting underway at the Vatican, in which conservative and progressive bishops are squaring off over ministering to families, has been the result.