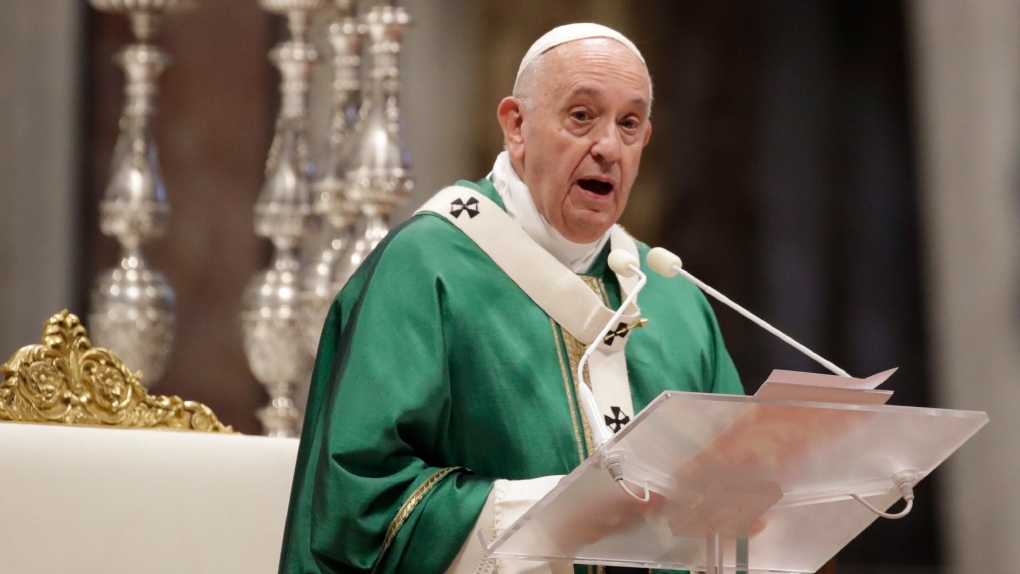 Pope Francis delivers his speech during a Mass for the closing of Amazon synod in St. Peter's Basilica at the Vatican, Sunday, Oct. 27, 2019. (AP Photo/Alessandra Tarantino)

VATICAN CITY -- Pope Francis has declared that the Vatican Secret Archive isn't so secret after all.

Francis on Monday officially changed the name of the Holy See archive to remove what he said were the "negative" connotations of having "secret" in its name.

From now on, the vast trove of documents, manuscripts and papyrus of popes past will be officially known as the "Vatican Apostolic Archive."

In a new law, Francis noted that the archive has long been open to scholars and that he himself has decreed that the archives of World War II-era Pope Pius XII, accused by some of not speaking out enough about the Holocaust, would open to researchers ahead of schedule on March 2, 2020.

He said the name change better reflects the archive's reality and "its service to the church and the world of culture."

The archive contains the documentation on the life of the universal Catholic Church dating from the eight century to the present. It contains 600 different collections that are organized across 85 kilometres of shelving.

Located inside the Apostolic Palace, the archive contains a series of reading rooms and a two-story "bunker" of reinforced cement.

The most precious documents, including ancient gold-plated manuscripts and the acts of the Inquisition trial against Galileo Galilei -- are held in secure, climatized rooms where humidity is controlled.

It was Pope Leon VIII who in 1881 opened the archive's doors to researchers, and currently an estimated 1,500 a year are allowed inside.

Currently the most recent papacy available to scholars is that of Pope Pius XI, who died in 1939. The usual practice of the Holy See has been to wait 70 years until after the conclusion of a papacy to open up that pontificate's archives.

But that would have meant the archives of Pius XII, who reigned from 1939-1958, wouldn't have been available to scholars until 2028 at the earliest.

The Holy See has been under pressure to organize and catalogue the Pius XII collection faster to make it available to researchers while Holocaust survivors are still alive.

Francis cited the Pius XIII opening in explaining his rationale for the name change, while lamenting how the original Latin name "Archivium Secretum" -- meant solely to mean that the archive was private and separate -- had taken on almost sinister implications that the Holy See had secrets to hide.

"Thanks to a certain cultural emphases in some places, the word 'secretum' having lost its true meaning and instinctively being associated with the modern concept of the word 'secret,' assumed the prejudicial acceptance of being hidden, not revealed and reserved for a few," he wrote.

"That is completely contrary to what the Vatican Secret Archive always was and intended to be," he said.