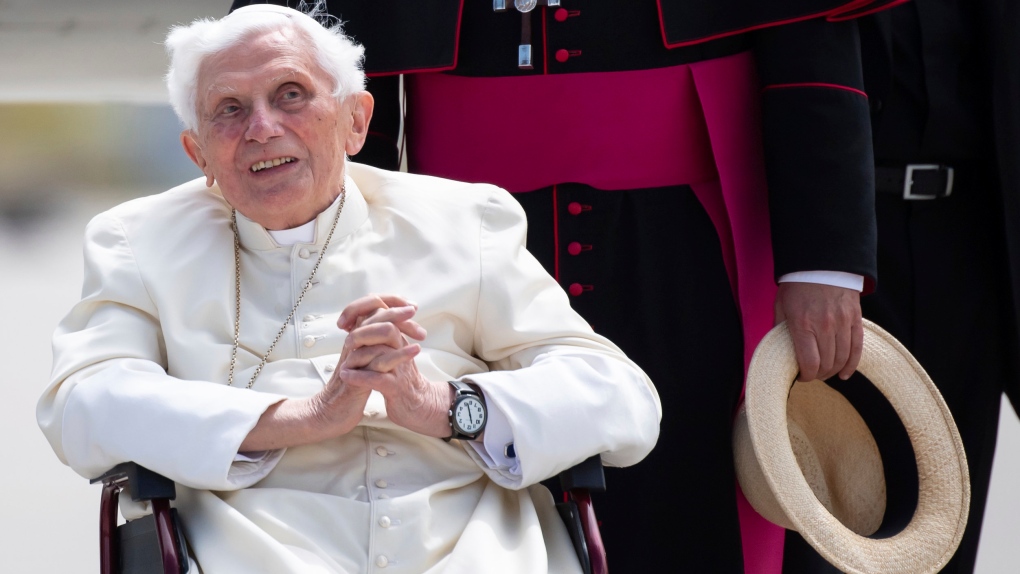 ROME -- Emeritus Pope Benedict XVI has marked the eighth anniversary of his historic resignation by insisting in an interview published Monday that he stepped down knowingly and that “there is only one pope” - Francis.

Benedict spoke to leading daily Corriere della Sera to try to put to rest once again claims by some of his conservative admirers that Francis' 2013 election was somehow illegitimate and that Benedict remains pontiff.

Benedict, who turns 94 next month, called out “some of my more `fanatical' friends” who remain angry at his resignation, which paved the way for a very different type of pontificate under Francis: less doctrinaire and more focused on the church as a field hospital for the poor and marginalized.

“It was a difficult decision. But I did it fully conscious and I think I did the right thing,” Benedict was quoted as saying.

In his comments, which Corriere said were articulated in some parts by Benedict's longtime secretary, Monsignor Georg Gaenswein, Benedict cited some of the “conspiracy theories” that his supporters erroneously believe were behind his retirement: that he stepped down because of the 2012 “Vatileaks” scandal over the leaking of his private papers; the scandal over gay priests in the Vatican; or the scandal over his rehabilitation of a Holocaust-denying bishop.

“They don't want to believe in a choice that was taken knowingly,” Benedict was quoted as saying. “But my conscience is clear.”

Benedict, a German theologian who was pope for eight years, shocked the world when he announced that he would retire Feb. 28, 2013, becoming the first pope in 600 years to step down. Benedict said at the time he simply didn't have the strength to fulfil the globe-trotting rigours of the job. He has spent his retirement largely in seclusion, living at a converted monastery in the Vatican Gardens.

Some conservatives and traditionalists nostalgic for Benedict's doctrinaire papacy have offered a host of arguments calling into question Francis' legitimacy, questioning the Latin phrasing that Benedict used to announce his resignation, manoeuvring by Francis' allies to get him elected and claims that he is a heretic, among other theories.