Pompeo: U.S. to help North Korea economy if it gives up nukes 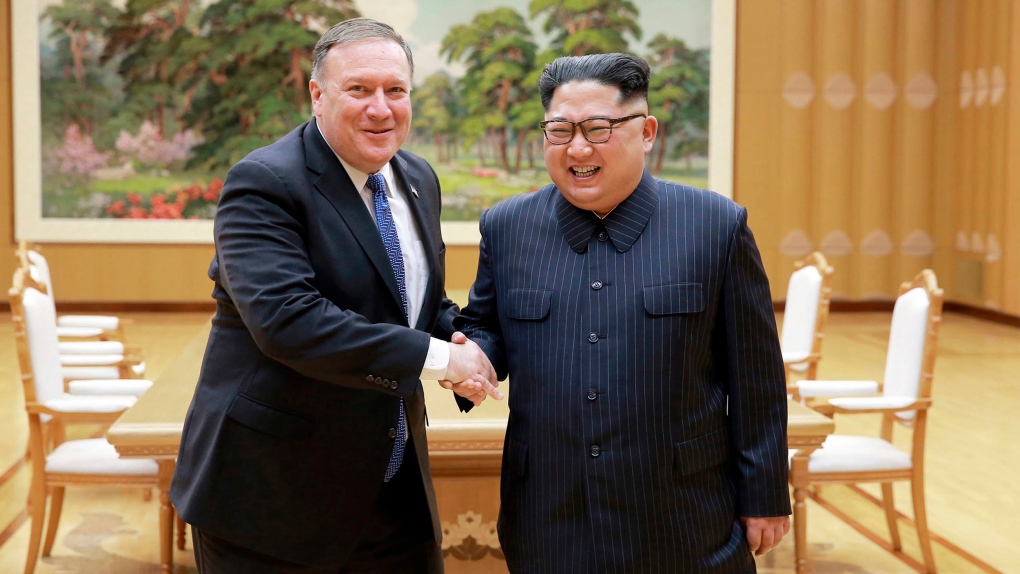 WASHINGTON -- Secretary of State Mike Pompeo offered economic help Friday to impoverished North Korea if it gives up its nuclear weapons, as the two countries prepare for an historic summit between President Donald Trump and leader Kim Jong Un.

A day after returning from a trip to Pyongyang, Pompeo said he had "good" and "substantive" conversations with Kim during his visit, in which he secured the release of three Americans who had been detained in North Korea. In a joint news conference with South Korea's top diplomat, he offered a glimpse of what U.S.-North Korean relations could look like if they succeed in reaching a nuclear accord.

"If North Korea takes bold action to quickly denuclearize, the United States is prepared to work with North Korea to achieve prosperity on the par with our South Korean friends," Pompeo said.

Since Trump announced plans to hold a summit with Kim, questions have been raised continually about whether the two leaders have the same objective in mind when they speak about "denuclearization." To the U.S., that means the North giving up the nuclear weapons it has already built. But North Korea has said it's willing to talk now because it's already succeeded in becoming a nuclear-armed state, fueling skepticism that the North would truly being willing to give those weapons up.

Pompeo said there would need to be "complete" and "verifiable" denuclearization, suggesting it would involve inspections to ensure the North's compliance.

"I think there is complete agreement about what the ultimate objectives are," Pompeo said, though he declined to offer more detail.

South Korean Foreign Minister Kang Kyung-wha praised the upcoming meeting between Trump and Kim as an "historic" opportunity, but added a few notes of skepticism as well. Amid concerns that North Korea will demand the U.S. withdraw its troops from neighbouring South Korea, Kang emphasized that the U.S. military presence there must be "a matter for the U.S.-ROK alliance first and foremost," using an acronym for South Korea's official name, the Republic of Korea.

She said the U.S. troop presence in the South for the past 65 years plays a "crucial role for deterrence," peace and stability on the Korean peninsula. Therefore, she said, any change in the size of the U.S. forces in the South Korea should not be on the table at the summit.

"The next few weeks will be critical, requiring air-tight co-ordination between our two countries," Kang said.