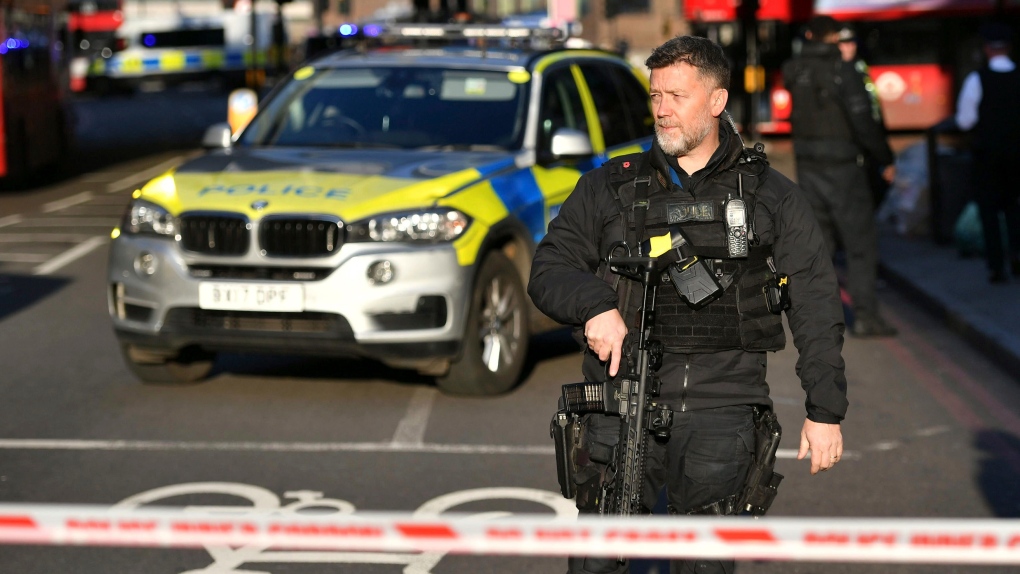 TORONTO -- Police in London, U.K., have shot and killed a man suspected of a terror attack on London Bridge Friday, when several people were stabbed before the knife-wielding suspect was apprehended by bystanders and law enforcement.

Amateur video from the scene showed several people wrestling a man on the ground and disarming him, before police pull them apart and an officer shoots the suspect.

The police later confirmed the attacker was killed, and said he was wearing a fake explosive vest.

The area around London Bridge remains cordoned off as police continue their investigation.

I want to thank the emergency services and members of the public for their immense bravery in responding to this suspected terrorist attack at London Bridge.

This is an appalling incident and all my thoughts are with the victims and their families.

My statement on the incident at London Bridge. pic.twitter.com/UDL77f4uMK