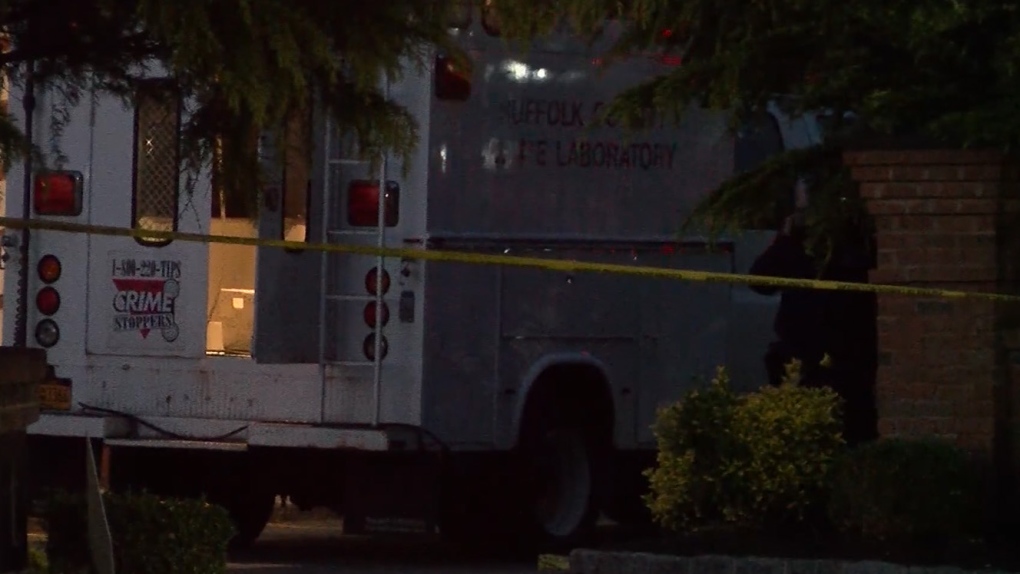 Police tape surrounds the scene of a home where a 72-year-old man was stabbed to death by his adult son while on a Zoom call in New York state.

AMITYVILLE, N.Y. -- A Long Island man was stabbed to death by his adult son Thursday while on a Zoom video chat, police said, leading to 911 calls from people who watched the horror unfold on their screens.

Thomas Scully-Powers, 32, fled out a window after attacking his 72-year-old father, Dwight Powers, around noon at their home near South Oaks Hospital in Amityville, Suffolk County police said.

Scully-Powers was arrested about an hour later, having gotten only about 1 mile away from the home. He remained hospitalized Thursday night for treatment of minor injuries from his jump.

Police said details on his arraignment and detention will be available once he is released from the hospital. Information on a lawyer who could comment on his behalf was not immediately available.