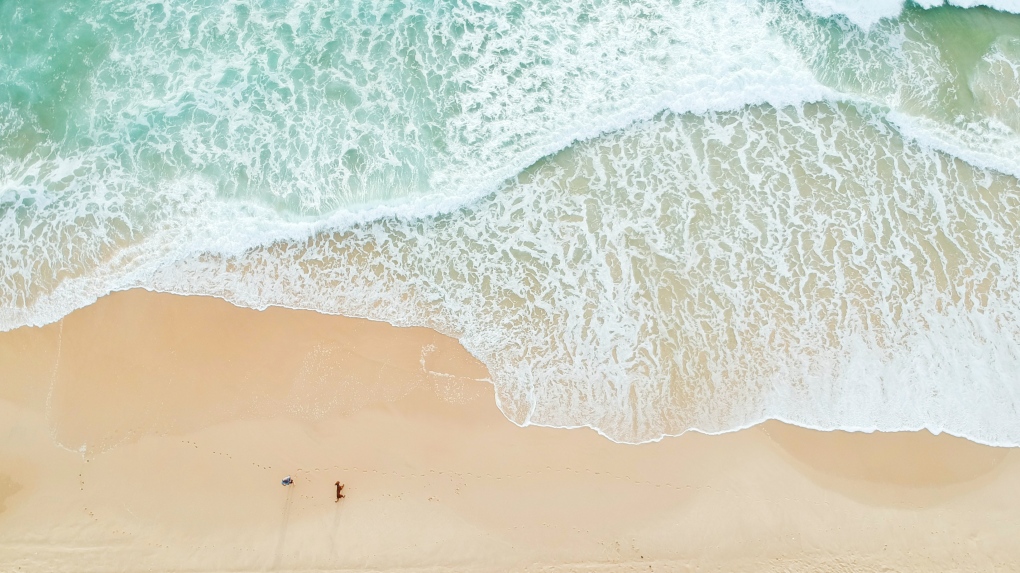 A beach is shown in this file photo. (Daniel Jurin / Pexels)

Authorities did not provide further details, saying the deaths were still under investigation.

The victims had been identified as Michael Phillips, 68, and Robbie Phillips, 65, from Tennessee; and Vincent Chiarella, 64, from Florida.

Chiarella's wife, Donnis Chiarella, 65, was found alive and airlifted to New Providence for medical treatment, then transferred to a hospital in Florida. Her condition was not immediately known.

The couples were staying in separate villas next to each other in the same building at the Sandals Emerald Bay resort on the island of Exuma. It was not clear if the villas had carbon monoxide detectors and if they did, whether they were working.

Police have said that all four tourists went to a doctor the night before their bodies were discovered and had complained of feeling ill.

In a statement issued a month ago, Sandals said the deaths were "in no way linked to the resort's air conditioning system, food and beverage service, landscaping services or foul play."

It was not immediately clear what was the source of carbon monoxide that killed the tourists. Neither Sandals nor Bahamian police immediately returned messages for comment.

"We have taken additional measures such as engaging environmental safety experts for a comprehensive review of all systems across the resort," the company said.

The deaths come seven years after a Delaware family became seriously ill at a resort in the U.S. Virgin Islands. U.S. authorities determined that methyl bromide, a highly toxic pesticide banned for indoor residential use in 1984, was to blame and had been used at that resort several times.

This story previously used an incorrect photo of the resort where the tourists died.