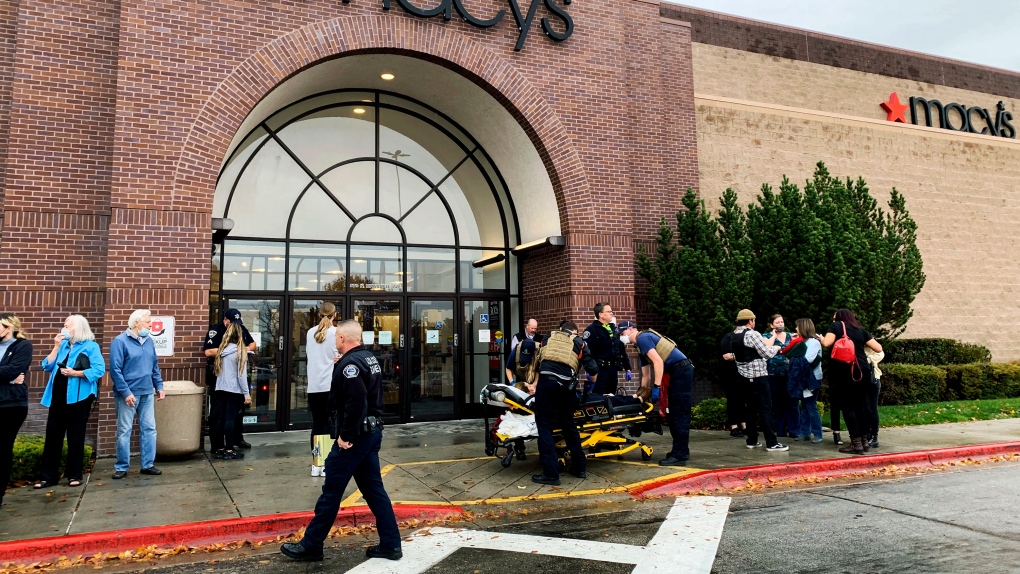 BOISE, IDAHO -- A suspect is in custody after two people were killed and four injured -- including a police officer -- in a shooting at a shopping mall Monday in Boise, Idaho, police said.

At a news conference, authorities said officers exchanged gunfire with the suspect. The majority of the mall has been cleared, but police were still looking for any additional victims.

Police didn't release any other information about the victims or the suspect, saying the investigation was ongoing.

Boise Police Chief Ryan Lee said the shooting was reported to law enforcement about 1:50 p.m. on Monday -- including a report that one person was "shot and down" at that time.

When the officers arrived, they spotted someone who matched the description of the suspect.

"There was an exchange of gunfire that ensued shortly thereafter, resulting in the officer's injury, as well as the suspect being taken into custody," Lee said. He said investigators believe there was only one shooter, and there is no ongoing danger to the public.

"We really cannot at this time speak to any motivation behind it," Lee said, calling any speculation premature.

"I cannot stress enough how traumatic this event is for the community at large, as well as for those that were witnesses, or are the families of those involved or involved themselves," Lee said.

After the shooting, several witnesses stood in the rain outside the entrance to Macy's -- one of five large department stores at the mall -- waiting to be interviewed by police or told they could leave. Patrol cars from several agencies, ambulances and fire trucks filled a section of the mall parking lot. Officers from the federal Bureau of Alcohol, Tobacco, Firearms and Explosives were assisting in the investigation.

Cheri Gypin, of Boise, was in the mall with a friend where they walk for an hour three or four times a week. She said she heard several large bangs, but thought something had fallen from the ceiling. Then about 60 people, including families pushing strollers, came running at them, some of them shouting that there was an active shooter.

"My friend was trying to process it," said Gypin, 60. "I just looked at her and said, `We've got to run.' So we just ran and kept running until we got to the outer perimeter of the parking lot."

They made their way back to their car, where police told the crowd of people who had fled the mall to leave the parking area.

Investigators were working with hospital officials to notify family members of those injured and killed in the shooting, Lee said.

Boise Mayor Lauren McLean asked members of the public and the news media to give the victims and their families privacy as they deal with the trauma of the shooting. She thanked the law enforcement officers, first responders and others she said worked to keep the community safe.

"Countless people found themselves in a situation they never would have or should have expected," McLean said, lauding the shopkeepers and others in the mall for reacting "so quickly to take care of folks that were there. You showed in a tough and chaotic moment how much you care and what you're willing to do to support and care for strangers."

This story has been updated to correct that four people were injured, not six, as previously reported by police.